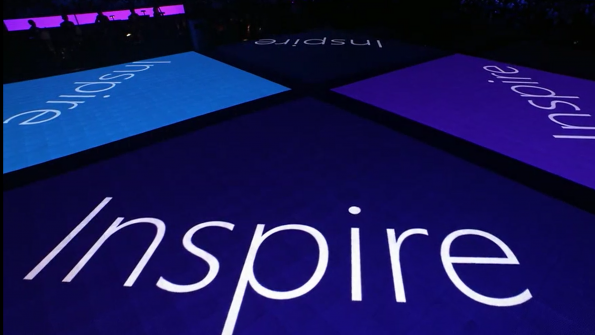 On day three of Microsoft Inspire we heard about Microsoft's efforts at being a good citizen in relationship to its products and services plus we learned more about the sales organization changes that are coming.

Brought to you by IT Pro

On Wednesday Microsoft delivered their third and final Vision Keynote for their Inspire partner conference in Washington, D.C. and this one was not full of new product announcements like they had back on Monday during the Day One keynote.

However, it did contain references to some new endeavors which focused on the companies efforts with privacy, having an impact on the world, and the new sales organization they unveiled earlier in the week.

I also suspect some of these announcements were made during the partner conference so the company could engage with those companies about working on some of these solutions.

Here is a run down of the related articles and blog posts that go with those various announcements from Day 3:

This is a replay of the entire two hour keynote.

This is a feature article about a Microsoft Partner called The Discovery Center. It highlights their efforts to empower schools, youth, families, and community members to challenge systemic racism and oppression.

They use Office 365 to connect staff members and moved from on-premises to the cloud.

Turn Your Great Idea Into the Next Big Thing

Microsoft's Corporate Vice President, Gavriella Schuster, shares more about the approach partners can take to make their ideas reality with Microsoft partnering back with them to be successful.

She talks about repeatable, scalable solutions, and innovating,

GDPR: The Time is Now!

The General Data Protection Regulation (GDPR) goes into effect next year in the European Union and Microsoft is ready to help partners comply with the new rules right now.

Microsoft's Director of Office 365 Partner Marketing, Diana Pallais, goes over the roles of boht Microsoft and their partners in preparing for the implementation of GDPR and how Office 365 will help them comply fully.

Announcing AI for Earth: Microsoft’s new program to put AI to work for the future of our planet

This news was not announced at Inspire but in a separate AI event in London. However, it was discussed by Brad Smith during his portion of the Day 3 Vision keynote.

They have pledged to offer $2 million dollars worth of AI compute and other resources over teh next fiscal year – that is until the end of June 2018 as Microsoft's fiscal year runs from 01 July to the end of the following June.

The article goes on to explain the AI for Earth approach that focuses on access, education, and innovation.

This is another article that just happened to get released at the same time as Microsoft's Ai event in London. It is written by Frank Shaw, Microsoft's head of communications, and he writes about misperceptions related to AI.

This was announced by Brad Smith at the Media Institute in Washington, D.C. and the article contains information ranging from white papers, fact sheets, and a full press pack.

The commitment Microsoft made this week was to eliminate the gap that exists for rural broadband within the next five years.

The main technology Microsoft proposes using for this effort is the white space in the TV white spaces between broadcast channels.

Be sure to check out our Day 1 and Day 2 summaries for the Vision keynotes.