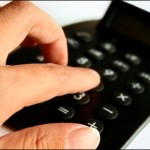 Details about the MDM pricing guidance have yet to be announced. During a brief hello and catch-up conversation with Level Platforms VP Dan Wensley at CompTIA Breakaway, Wensley mentioned a longer-term MDM strategy for MSPs. I don’t know if the pricing guidance and education materials will involve per-user or per device pricing (or both).

MSPmentor has heard from some MSPs that are using per-device pricing for smart phone and tablet management, charging about half as much as the usual monthly PC management fee. But most MSPs seem to be leaning toward per-user pricing for all-in managed services (cloud, on-premises, mobile).

Within the MSP storage market, I believe Kaseya was first from the gate with MDM software in mid-2011. But Level Platforms has been very vocal about it’s strategy — which includes two rather interesting variables:

A Word of Caution

On the one hand, Level Platforms and many other MSP software providers deserve applause for all the business education they’ve offered MSPs over the past decade. But I also think it’s time for MSPs to step up to the plate and spend more time figuring out pricing, profit margins and true costs of business on their own.