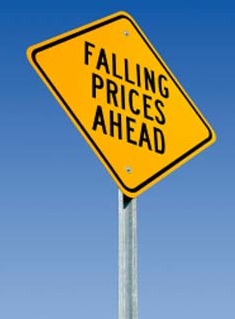 First, some background. The VAR Guy heard rumors in recent days that Microsoft was planning a SaaS price cut in response to heightened competition from Google Apps.

Microsoft has now confirmed the SaaS price cuts. According to a Microsoft spokesman:

“Thanks to rapid customer adoption, global scale and improved efficiencies from new software such as Exchange Server 2010, Microsoft is reducing the price of the Business Productivity Online Suite from $15 to $10 (U.S.) per user per month. This price reduction includes Microsoft Exchange Online, Microsoft SharePoint Online and Microsoft Office Communications Online.”

Time for all VARs — not just Microsoft channel partners — to take a deep breath and consider the following: Has a SaaS price war started with Google Apps? And if so, will channel partners feel their own SaaS margins squeezed?

But did the rules of the SaaS game just change? “If you’re a reseller agent for BPOS, your price-per-user is going down so your potential profit dollars per user also look like they’re falling,” says one BPOS channel partner. “I can’t help but think this is the start of a price war with Google, and partners like me are going to get squeezed.”

The VAR Guy has an email into Microsoft requesting an update on the BPOS commission model for VARs and channel partners. Our resident blogger has also reached out to he Google Apps team for comment.

Also of note: The VAR Guy wonders if or how Microsoft plans to adjust SaaS pricing to service provider partners like Apptix, Intermedia, mindSHIFT, Rackspace Hosting and SherWeb Inc. — which cooperate and compete with Microsoft’s BPOS offerings.

In Microsoft’s defense, the company is in a tricky situation.

But on the other hand, Microsoft is striving to remain loyal to thousands of channel partners that made Windows desktops and servers corporate standards in the 1990s.

The big question: Can Microsoft sell SaaS direct and indirect while helping VARs to remain profitable?

According to a Microsoft press statement:

This will bring availability to a total of 36 countries and regions, making this the only cloud-based solution that is truly ready for global business.

The VAR Guy will continue to watch the situation closely. And he’s working hard to keep an open mind: If you’re a BPOS or Windows Azure partner that wants to describe your business momentum, The VAR Guy is all ears.

In the meantime, The VAR Guy thinks Microsoft just fired the first shot in a potential SaaS price war.