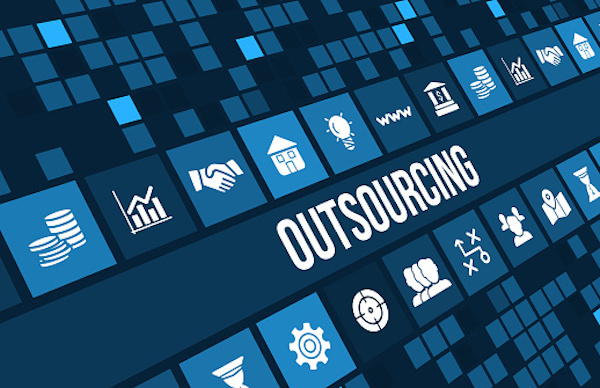 The Doyle Report: Trump and the Offshore Phenomenon

Come February, the University of California San Francisco (UCSF) will eliminate 100 IT support jobs and ship them off to India as part of a broader plan by the University system to save as much as $30 million over five years, according to a report from National Public Radio (NPR).

Come February, the University of California San Francisco (UCSF) will eliminate 100 IT support jobs and ship them off to India as part of a broader plan by the University system to save as much as $30 million over five years, according to a report fromNational Public Radio (NPR). The decision has rankled more than a few in the Bay Area, where even basic tech jobs pay as much as $100,000 annually.

Before you turn your ire to UCSF, note that the school provides a great deal of medical care to the poor and thus looks to reduce spending, including labor costs, where possible. This is why it was one of the first to introduce automated, robotics-controlled pharmacies that “automatically dispense prescriptions,” according to Forbes.

But the offshoring of IT services jobs to HCL of India has attracted negative publicity ever since it was first reported by Computerworld. Why? Because the decision raises an important question: If tech positions can be offshored from San Francisco and other markets where talent is in high demand, what does this mean for tech support jobs elsewhere, including where you work? The answer may not be good—unless President-elect Donald Trump and the GOP-led U.S. Congress step in. They have shown every willingness to do so, but questions abound. But before I address these, here is some background on outsourcing and offshoring, which took a back seat in 2016 to artificial intelligence, automation and other job-threatening innovations but will likely take center stage as 2017 unfolds.

While estimates vary, the size of the global IT outsourcing market is roughly between$100 billion and $300 billion annually, depending on how you break it down.Outsourcing is growing at a faster rate than the overall IT services market for a variety of factors. One, of course, is the relative ease with which customers now find, evaluate and procure services in the cloud. Given the flexibility and agility that outsourcing affords, it’s no surprise that many including Deloitte and the Ponemon Institute predict big things ahead for it. In Deloitte’s 2016 Global Outsourcing Survey, the services giant concludes that “the market for outsourced services will likely continue its rapid adaption to meet—and in many cases to anticipate—the demands of the customer” while the Ponemon Institute recently published a report entitled “IT Outsourcing Growing in Popularity as a Strategic Tactic in Managing IT.”

While outsourcing potentially means more work for third-party providers like you, its kid-sibling offshoring looms as a growing threat. This is because cloud computing and other innovations make it easier for corporate tech buyers to shift their labor not just outside their organizations but outside their borders. (While it is true that some things cannot be offshored due to data sovereignty regulations and other laws, buyers are finding many ways around restrictions.)

Ron Hira, a professor of public policy at Howard University, is routinely cited for asserting that there are as many as 1.5 million foreign workers now doing IT jobs for American companies. Hira is an outspoken critic of offshoring, especially when it is done at the expense of American jobs. He’s cried foul on those advocating for more H1-B visasand lambasted those including UCSF who have shifted jobs to India and elsewhere. In December 2016, he told NPR that offshoring silently destroys “the knowledge-based economy jobs that we’re supposed to be moving into.”

Which brings me to President-elect Trump and the new Congress.

As a candidate, Trump threatened to slap tariffs and penalties on nations that dump goods on the American market and companies that shift jobs overseas. Most experts think he will need the full support of Congress to make his promises stick, short-term remedies notwithstanding.

What is more, most of the anti-offshoring and anti-outsourcing rhetoric has thus far focused on manufacturing jobs, not services jobs. But the latter are more difficult to track if not protect. When it comes to IT services, including network administration, software development and other managed services jobs, defining what it and what isn’t offshoring is fungible. Think round-the-clock applications development done on multiple continents, distributed backup and security performed in multiple locations and more.

The bottom line for President-elect Trump is this: while his populist rhetoric helped put him into the White House, it won’t protect him from critics who argue that end customers should be able to choose whatever services provider they want or employers the talent they believe makes them the most competitive.

MSPmentor will monitor the offshoring phenomenon in 2017 just as we did in 2016 when we examined ways to save 50 percent or more on a Network Operations Center. We will also follow those including Canbay, which helps MSPs “looking to hire Dedicated Offshore Employees instead of outsourcing their work or using freelancers.”

The reason for our focus is simple: if an end customer can switch from one cloud services provider to another in a given community, what is to stop it from choosing one halfway across the country—or even halfway around the world?

Depending upon how you see it, Trump could be the friction that some have been clamoring for, or the gunk that gums up the works.