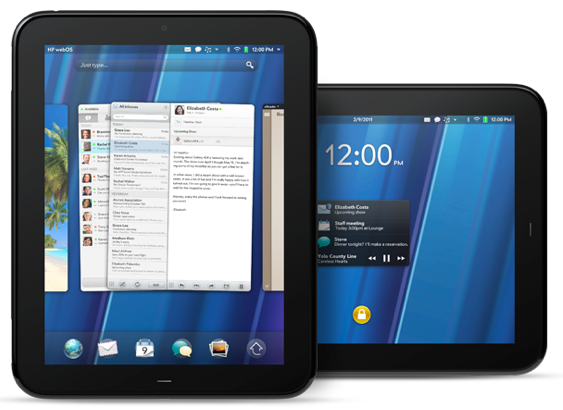 HP’s webOS Ads: A Hint of Things to Come for All Devices?

The VAR Guy is a busy guy, but that doesn't mean he doesn't take the time to watch some television. And during the broadcast of Grammys on Feb. 13, 2011, The VAR Guy noticed a whole lotta HP advertising going on. So what is HP up to, exactly? Here's our resident blogger's take:

First, if you missed any of the ads, check out the big one here:

The VAR Guy is a busy guy, but that doesn’t mean he doesn’t take the time to watch some television. And during the broadcast of Grammys on Feb. 13, 2011, The VAR Guy noticed a whole lotta HP advertising going on. So what is HP up to, exactly? Here’s our resident blogger’s take:

First, if you missed any of the ads, check out the big one here:

Set to a painful remix of a Lou Reed classic is HP’s new “Everybody’s On” campaign that shows a plethora of devices, all of them running — apparently — webOS with Windows nowhere in sight.

In our previous reporting of the HP TouchPad, we noted HP’s plan to incorporate webOS into PCs. Even if it’s just vaporware right now, HP’s commercial — which features both tablet devices and netbooks performing tasks ranging from e-mail to gaming — shows the company is pretty darn committed to propagating that idea.

Here’s a wild idea The VAR Guy thinks is worth asking: What if HP dropped Microsoft Windows as its main operating system and went all webOS? HP could take an Apple-styled approach, developing both the product line and the operating system. There’s no question webOS is robust, but whether it would be robust enough to be enjoyed on a PC is a question we won’t know the answer to — at least, not for a while.

But even if HP still provided a Windows option, the company could offer it alongside webOS, which could prove extremely useful for proliferating in the mobile market. Without Microsoft, HP could say goodbye to pricey licensing deals and evaporate bloatware. The VAR Guy thinks HP’s ability to control that user experience could likely spur Apple-style success.

The VAR Guy will be keeping tabs on HP, which seems poised to make big moves soon.