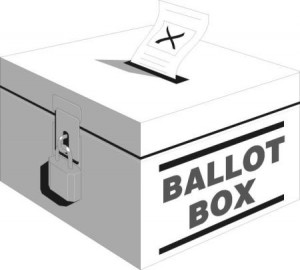 SMB Top 150? Thanks But You’ve Got the Wrong Influencer

A few days ago, I received an email alert indicating that I'd been nominated for the SMB Top 150 -- a survey that attempts to track the 150 most influential people (SMB Pros...) in the SMB market. I appreciate the nomination. But I have to respectfully decline the potential honor. Here's why.

A few days ago, I received an email alert indicating that I’d been nominated for the SMB Top 150 — a survey that attempts to track the 150 most influential people (SMB Pros…) in the SMB market. I appreciate the nomination. But I have to respectfully decline the potential honor. Here’s why.

As many readers know, the SMB Top 150 is organized by Harry Brelsford (publisher, SMB PC) and Jim Locke (President, SMBTN). I suspect there is a small amount of overlap between the SMB Top 150 and our own MSPmentor 250 global survey — which tracks the world’s top managed services experts, executives, entrepreneurs, coaches, community organizers, etc.

Thanks to whoever nominated me for the potential SMB Top 150 honor. But I need to bow out. I respectfully request that you all nominate my business partner instead — Nine Lives Media Inc. CEO Amy Katz. Here’s why.

Plenty of folks know that I seemingly blog and travel non-stop. But imagine a song writer without a stage. An actor without a producer. Or a blogger without a business platform upon which to stand.

During the worst economic recession in recent memory, Amy and I co-launched Nine Lives Media Inc. in January 2008 to (A) disrupt established IT media and (B) define emerging IT media. I had plenty of ideas. But Amy had her own ideas — plus the know-how to build, manage and grow a business. She’s essentially our CEO, CFO, Chief Marketing Officer and VP of sales all wrapped up in one person.

At a time when most media companies have been imploding (to put it politely), we’ve publicly stated that Nine Lives Media Inc. remains profitable, growing and debt-free. Some of that success involves my blogging, community and travel efforts. But I’m no fool. There’s a reason why Amy runs our SMB business.

So if you’re completing the SMB Top 150 survey, put the spotlight on Amy Katz, Co-founder and CEO of Nine Lives Media Inc., producer of MSPmentor, MSPtweet, The VAR Guy, VARtweet and WorksWithU. I challenge you to find a CEO who has launched and built a more well-respected media company over the past three years.