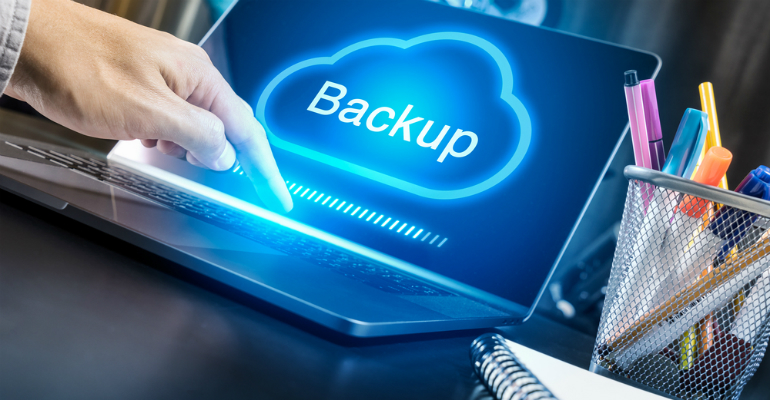 ZertoCON: Backup and Recovery Advancements Get Attention of Partners, Analysts

With new features, Zerto 7.0 is on the minds of partners and analysts in Nashville.

ZERTOCON — US Signal, the cloud infrastructure services company, has for several years been using Zerto disaster recovery tools to help customers do mission-critical data replications and to migrate data to new clouds or IT systems. But now that Zerto has bolstered its flagship backup and data recovery application with long-term data retention capabilities, US Signal is eyeing deeper use of Zerto’s flagship backup and data recovery features for its customer base.

US Signal is one of some 800 Zerto partners and customers at the company’s annual ZertoCON conference, held this year in Nashville’s Music City Center. They came to hear about the latest features in the new application and more about the company’s strategy and data protection mission.

Matt VanderZwaag, the director of product development for US Signal, told Channel Futures at the conference that his company uses the earlier Zerto 6 to provide data replication services to customers for mission-critical workloads and as their primary platform for application and data migrations for customers who want to move to new clouds or other IT systems. US Signal has been using Zerto 6 failover features to conduct the migrations for customers.

“We don’t use Zerto for backup, but we will be revisiting that with Zerto 7.0,” due to the all-new long-term data retention features that are now included, he said. “Previously users could only keep that data for 30 days [with Zerto 6] and now data retention is up to seven years” for the new version. “That has always been an important number – seven years – when it comes to regulatory compliance, so that really brings it up to where it needs to be,” said VanderZwaag.

US Signal provides customers with data protection services from other vendors – including Veeam, Acronis and Dell EMC – as well.

Another technology partner, Sumeet Sabharwal, group vice president and general manager with cloud service provider Navisite, said the increased IT resiliency promised by Zerto 7.0’s expanded features will be a boon for his customers as well.

“For our customers, we host their applications and provide desktop as a service and other end-user services,” said Sabharwal. “Because we are managing their mission-critical applications, resiliency is an important part of that story. On-premises disaster recovery and backup are core parts of the services you give to your customers. Zerto is very good for virtualized workloads.”

Navisite has been offering Zerto services to their customers since 2014, and since both companies are based in Boston, they often have their leaders connecting to discuss features, strategy, customer needs and more, said Sabharwal.

“We have had great support from Zerto,” including a close and beneficial relationship with Zerto founder and CEO Ziv Kedem, who meets with Navisite every three months.

The two companies have engineers who routinely cross-pollinate with each other, spending time in their respective offices and providing help and feedback in both directions, he said.

Analysts Weigh in on Zerto’s Latest Upgrades for Users

Several IT analysts who were also at the conference told Channel Futures that the newly added features in Zerto 7.0 will be welcomed by users.

“People who are here are very enthusiastic,” analyst Randy Kerns of the Evaluator Group, said of the attendees. “They’re not standing up and …