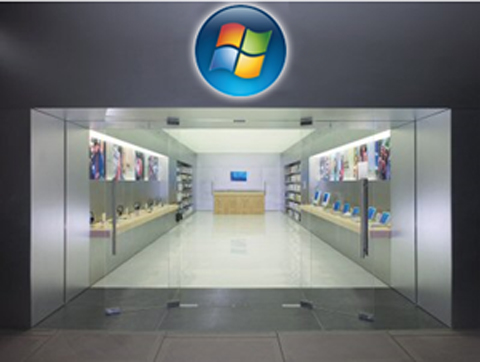 The VAR Guy previously bashed Microsoft for building training partnerships with lame retail chains like CompUSA. Now, it's time to give Microsoft some credit -- even if the company is once again following Apple's lead, this time into the retail store market. Here are five reasons the Microsoft Store concept could work.

The VAR Guy previously bashed Microsoft for building training partnerships with lame retail chains like CompUSA. Now, it’s time to give Microsoft some credit — even if the company is once again following Apple’s lead, this time into the retail store market. Here are five reasons the Microsoft Store concept could work.

1. Brand Control: If Microsoft wants to control the messaging and positioning of Windows 7, launching Microsoft Stores with trained Microsoft employees — Windows Evangelists, in fact — is a great way to go.

2. Best of the Best: Ever wonder which desktops, laptops and netbooks are best equipped to run Windows 7? Hopefully, Microsoft will only display the best-designed, Windows-certified systems in the stores — even if the systems come from small, little-known manufacturers.

3. Winning Back ISVs (Independent Software Vendors): Conventional wisdom says everyone is busy writing Internet applications. But there are still thousands of developers writing new and innovative Windows applications. When Windows 7 launches, Microsoft better work overtime to promote the best ISVs in its stores.

4. Winning Back Peripheral Makers: Which printers, scanners and digital cameras really work with Windows 7? Display only the best of the best in the Microsoft Stores.

5. Winning Back the Customer: Some customers will never forgive Microsoft for The Windows Vista debacle. Online advertising, social media and TV advertising could assist the Windows 7 cause. But ultimately, face-to-face discussions within the friendly confines of a Microsoft Store could help Microsoft to win back customers.

6. The Gamer Crowd: This was supposed to be a top 5 list. But here’s the bonus entry: As Microsoft continues to build the Xbox franchise, the company needs to stay in front of kids and up-and-coming gamers. The Microsoft Store could provide the ultimate game room for that effort.

Of course, all of these benefits also come with significant risks. For instance, how will Microsoft:

Hmmm. Pulling off The Microsoft Store concept won’t be easy. But it’s a worthwhile effort considering how badly Microsoft needs to speak — face to face– with some frustrated consumers to win back their trust.