These technologies will be available through Lenovo’s On Demand program and its global network of channel partners, which provide the bulk of Lenovo’s business.

Edge computing architecture moves compute processing closer to users and devices that need it rather than having processing occur centrally in an on-premises data center or a public cloud.

Hyperconverged infrastructure enables IT shops to combine servers, storage and networking gear in one box and an optimized IT infrastructure for low-latency, high-compute edge processing. Collecting, analyzing and storing the information generated from video surveillance and other smart city sources in real-time requires edge computing, storage and other technologies. 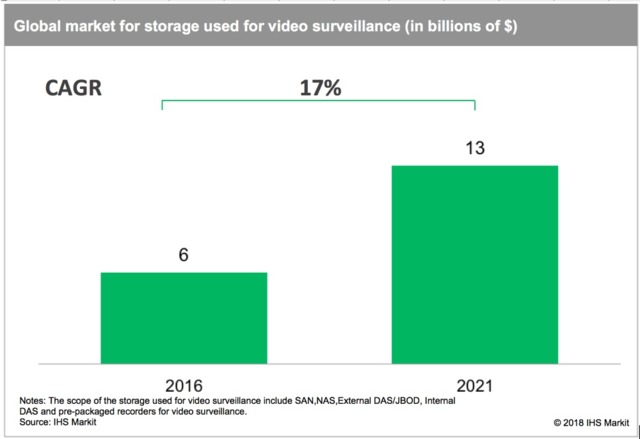 That’s because video data is multiplying at vast rates. According to IHS Markit, global revenue from storage used for video surveillance is projected to grow at a compound annual growth rate of 17% between 2016 and 2021. The smart cities market also is growing quickly. MarketsandMarkets estimates that the smart cities market, worth $308 billion in 2018, will increase at more than 18% every year, with a predicted value of more than $717 billion by 2023.

The combination of HCI and edge architecture enables one university to operate its video surveillance technology without threat of an outage.

“The safety of our campus is at stake,” said Thomas Ross, associate director systems engineering at St. John’s University. “We can’t tolerate any downtime or data loss from our surveillance infrastructure. Pivot3 technology, combined with Lenovo quality, meets those needs and gives us peace of mind.”

Industry experts agree that combining edge and HCI can be a potent combination.

“At the edge, we can’t always deploy traditional compute infrastructure,” said Bill Kleyman, executive vice president at Switch, a data center colocation operator. “That means setting aside common views of data center design as it relates to remote locations, telco closets, and now the edge. The entire premise behind edge is to allow data and services to be processed as close to the source as possible. This means working with solutions that reduce latency, improve compute capabilities and better user experiences.”

Pivot3 now has a platform to reach a global audience, where globally, about 80-85% of Lenovo business goes through partners. Earlier this year, Lenovo brought its Data Center Group and its Intelligent Devices Group to charge full-steam ahead on trends such as edge computing, 5G and IoT. Lenovo also operates through a channel-first sales model and has been aggressively cultivating its partner program since 2017. In February 2019, it hired its first global channel chief, Nicole Roskill.

“Our alliance is a strong complement to our existing channel strategy and allows us to serve a broader market,” said Bruce Milne, chief marketing officer of Pivot3.