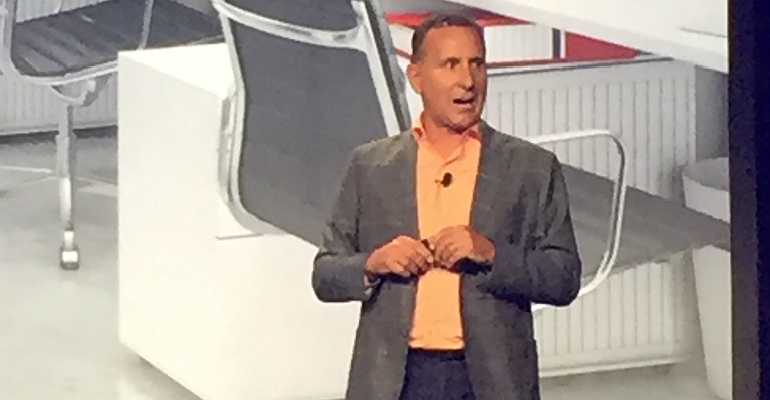 Continuum CEO George: 2019 Will Be ‘The Year of Security’

But it might also see smaller MSPs challenged to compete amid more M&A.

“There’s no patch for stupidity.”

The line drew a chuckle from the partners assembled for Continuum CEO Michael George’s keynote at Navigate 2018 in Boston, but the laughter had an edge. Phishing, ransomware and, according to senior director of product management Brian Downey, the ascendance of Microsoft Office 365 as an attack vector, mean SMBs are falling victim to malicious actors — and that’s expensive for MSPs. The top reason clients dump their managed service partners, in fact, is failure to prevent or adequately respond to breaches.

While Downey told Channel Futures that Microsoft is doing better with security, a theme stressed at this week’s Ignite, he points out that the unified nature of Office 365 provides a wealth of opportunity for attackers that may capture an end user’s Outlook credentials and leverage that to gain access to SharePoint, documents and spreadsheets. He advises partners that breached accounts will be a marquee threat in 2019.

George also announced the Continuum Security Go-To-Market Business Plan, a detailed road map for MSPs looking to add security managed services, or even transition to become MSSPs. The business plan was available in hard copy for partners who visited the company’s Cyber Attack Simulator on the expo floor and will be downloadable by Continuum partners. Ready-made assets include a “webinar in a box” and, says George, “literally hundreds” of other pieces of sales and marketing materials that Continuum hopes will increase the stickiness of its RMM platform with growing MSPs.

“Every major technological innovation has a tipping point, and winners and losers always credit their sense of timing,” said George. “Timing is everything.”

Perhaps so, but time isn’t on the side of many of the 40,000 or so U.S. MSPs facing a perfect storm of retirements and low unemployment that’s driving up IT salaries. In an MSP twist on the Pareto principle, George predicted that 80 percent of revenue will soon be generated by just 20 percent of MSPs. 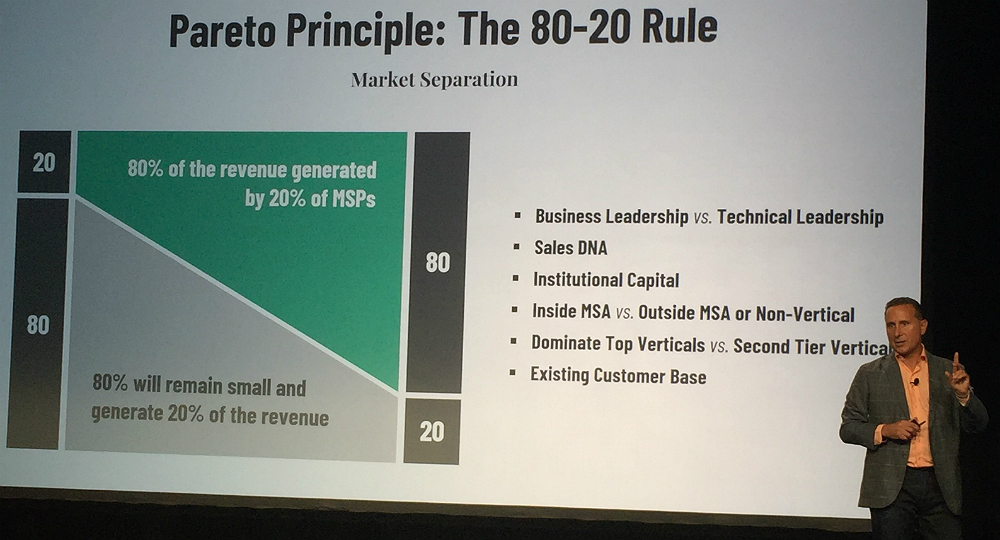 Remember: Continuum is owned by IT-focused private equity firm Thoma Bravo, which George says holds 30 percent of all platform companies in the managed-services space in its portfolio. That’s significant power, and private equity is not known for responsiveness to the needs of partners that don’t do $15 million or so in annual recurring-revenue business and post double-digit margins.

George spent a significant amount of his keynote warning attendees to not wait too long to pivot — sometimes for the third or fourth time, for those who’ve been in the business for 20 years or more. That pivot may be a business-structure revamp, becoming better at sales and marketing, or positioning their firms for an eventual exit.

“Your economics cannot be dependent on hardware or maintenance,” he said. “Security will be 25 percent or more of the underlying aspect of your business in the next two years … the highest value will be in and around managed security services.”