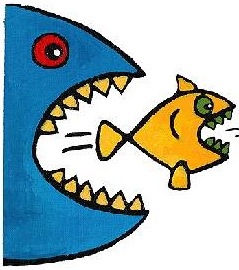 Further proof that the managed security services market remains red-hot: McAfee has acquired MX Logic for approximately $140 million in cash at closing, with an earn-out of up to an additional $30 million in cash if certain performance targets are met, according to a McAfe

Further proof that the managed security services market remains red-hot: McAfee has acquired MX Logic for approximately $140 million in cash at closing, with an earn-out of up to an additional $30 million in cash if certain performance targets are met, according to a McAfee press release. But is this a good deal for VARs and managed service providers that are loyal to MX Logic?

MX Logic is among the best-known options for MSPs seeking cloud-based email and web security, archiving, and business continuity services. When it comes to channel strategies, MX Logic has aggressively pursued and recruited MSPs and VARs into its business ecosystem.

The situation is somewhat different over at McAfee. Though still a large security software provider, McAfee’s partner program has a hit-and-miss reputation among many MSPs and VARs. Management turnover — from McAfee’s top brass to the company’s channel chief — has frustrated some of The VAR Guy’s readers, according to private conversations I’ve had at recent MSP vendor conferences.

Still, McAfee has been striving to strengthen its partner program in recent months, notes CRN. MX Logic represents yet another major opportunity for McAfee to reach out and embrace a new channel audience.

In terms of the bigger picture, I have no doubt that consolidation within the managed services software market will continue to accelerate this year. Here’s why.