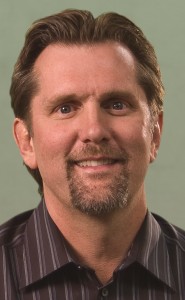 Cherwell Software, an IT service management and help desk specialist in Colorado Springs, Colo., has a rather interesting take on exit strategies.

Cherwell Software, an IT service management and help desk specialist in Colorado Springs, Colo., has a rather interesting take on exit strategies. Chairman and President Vance Brown, formerly CEO of Goldmine Software, says he focuses on “yesterday’s values” of solid support, rather than modern day pursuits involving venture capital and exit strategies.

“Many of our competitors use money from venture capitalists whose main priority is their ROI. They have to answer to shareholders,” said Brown. Cherwell, he says, has no outside funding or debt. Instead, the company was built from the finances of a seven-member leadership. “We don’t have an exit strategy,” Brown added. “I plan to retire doing Cherwell.”

The Cherwell platform comes equipped with incident, problem, change, configuration, and release management services just to name a few. So straight out of the box, says Brown, the CBAT platform offers 80 to 90 percent of what you need to run a business. Plus, CBAT doesn’t require programming expertise (hence, the C stands for codeless), so customers can extend the platform in new directions, Brown claims. For instance, Cherwell itself uses CBAT to submit expense reports.

In 2009, Cherwell began offering its services both on-premise and in an SaaS model. By the end of 2011, Cherwell plans to have a fully integrated enterprise application store that will work much the same way as Apple iTunes, Brown says. Clients will be able to purchase new products, and independent developers will also be able to use the online marketplace to sell their products, he adds.

And what about a long-term exit strategy? Again, Brown says he plans to lead Cherwell Software until retirement. And it’s important to keep his exit strategy thoughts in context. Across the managed services market, plenty of CEOs downplay the potential for a specific exit event. Instead, they play up the fact that their companies are well-run entities that aren’t desperate for outside attention.