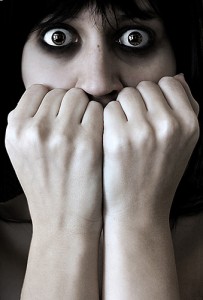 In recent weeks I've heard from some key visionaries who work in the managed services market. The topic of Microsoft Office 365 keeps popping up during the discussions. I can't sugar coat what I've heard. Despite Microsoft's best efforts to promote a channel-friendly cloud strategy, the forthcoming Office 365 launch has quite a few MSPs concerned about the end game in the SMB software market.

In recent weeks I’ve heard from some key visionaries who work in the managed services market. The topic of Microsoft Office 365 keeps popping up during the discussions. I can’t sugar coat what I’ve heard. Despite Microsoft’s best efforts to promote a channel-friendly cloud strategy, the forthcoming Office 365 launch has quite a few MSPs concerned about the end game in the SMB software market. But I wonder: Should Office 365 really trigger so much fear, uncertainty and doubt in the IT channel? Here are some thoughts.

Let’s start with the back-story. When Microsoft announced Office 365 — the successor to Business Productivity Online Suite — in October 2010, I viewed it as a potential game changer. It seemed like Microsoft was finally aligning its cloud brands with its two strongest PC brands — Windows and Office. Smart move.

“With Office 365 for small businesses, professionals and small companies with fewer than 25 employees can be up and running with Office Web Apps, Exchange Online, SharePoint Online, Lync Online and an external website in just 15 minutes, for $6 or 5.25 euros per user, per month1.”

Let’s boil down that last paragraph to a single sentence: A business user can be up-and-running on every major Microsoft application within 15 minutes for just US$6 per month.

As some customers shift their PC applications to the web, some Microsoft partners feel betrayed. My reaction: Microsoft didn’t really have a choice in the matter. Microsoft’s primary fiduciary responsibility is to Microsoft shareholders. And in order to meet shareholder requirements Microsoft must compete aggressively vs. Google, Salesforce.com, Rackspace and plenty of other cloud-centric customers. That means pricing aggressively in the cloud.

Some of the old SMB IT sales models… and some channel partners… could get trampled along the way. As one MSP industry leader told me this week, entire markets are collapsing and folding as Microsoft and other companies shift desktop resources into the cloud. Old bread-and-butter revenue opportunities (remote office access, VPN security, firewalls, print servers, etc.) are disappearing, the executive said.

Another executive noted that new opportunities — such as managed print services — are sometimes more trouble than they’re worth because the vendor partner programs are inflexible. A third executive said the following: Hold onto everything in the small business office — the phones, the printers, the mobile devices — and never let go. Control the endpoints and you’ll maintain SMB control, even in the age of the cloud.

Like I said: Some of my most recent industry calls have been pretty dramatic.

I tend to be a glass-half-full type of guy. I think Microsoft has made some mistakes with its SaaS strategy but I also sense that Microsoft is listening closely to constructive criticism.

To Microsoft’s credit, the company has been out in the market aggressively promoting its new Microsoft Partner Network channel program to solutions providers. Channel Chief Jon Roskill, for instance, held a Q&A with partners this week. During the gathering he said that for every $1 of Microsoft revenue, partners earn $8.70.

But back to the topic at hand: Cloud. Microsoft’s cloud policies have been pretty rigid so far but I have a sneaky suspicion  Microsoft will eventually show some more flexibility, especially when it comes to SaaS and cloud billing policies for VARs and MSPs.

Right now, Microsoft bills end-customers directly for SaaS and cloud services. Numerous VARs and MSPs, however, want to manage that billing process. In a move worth noting, Microsoft is quietly working with Parallels to help really, really big service providers handle billing for certain SaaS and cloud offerings. If the Microsoft-Parallels experiment goes well, I have a hunch that Microsoft may extend the billing capabilities to midsize and then smaller channel partners. Please note: That’s just a hunch. Officially, Microsoft has not changed its billing policy so far.

Either way, Office 365 is coming sometime in 2011. But even before it arrives, Microsoft’s pricing and delivery plan for the SaaS platform is turning lots of heads in the SMB channel. Some folks aren’t pleased. I’m trying to keep an open mind.