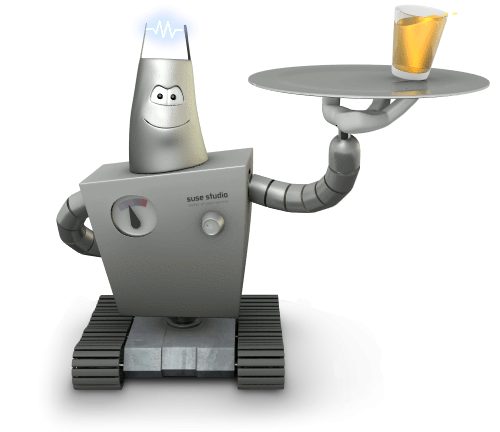 It has been a few months since Novell launched the SUSE Appliance program. So we checked in with Novell to see how the effort was going so far. Matt Richards, director, emerging technologies, and Steve Hale, VP and worldwide data center channel lead, offered me a few updates on Oct. 30. Here's a recap of my conversation.

It has been a few months since Novell launched the SUSE Appliance program. So we checked in with Novell to see how the effort was going so far. Matt Richards, director, emerging technologies, and Steve Hale, VP and worldwide data center channel lead, offered me a few updates on Oct. 30. Here’s a recap of my conversation.

If you’re unfamiliar with the software appliance concept, it’s easy. Instead of taking the time to setup a server, install all the applications, configure and deploy it and hope it all works, you can skip all that and jump straight to the end. SUSE Studio, Novell says, allows you to log on to Novell’s network, configure your server there, test it out on Novell’s VM, save changes, and download a working image.

Essentially, you do all the hard work in the cloud and then test drive it. The packaged image is ready to go in any format you want. ISO, USB boot image, Live CD, VM Ware HyperVisor image and coming soon, an Amazon EC2 (Elastic Compute Cloud) Image.

The big idea here is the quick turnaround. It lets ISVs (or VARs and MSPs) get it right the first time, and then simply deploy the image ASAP. That means hardware is up and running faster than a traditional install, and you’ve eliminated the need to configure anything post-install. This obviously translates to happier customers and (hopefully) no troubleshooting.

And while SUSE Studio is the crown jewel of the Appliance program, it doesn’t make the whole thing up. Matt Richards boasts that the complete end-to-end solution is a combination of Remote Configuration Tool (self explanatory) and the Life Cycle Management Server (specifically for managing update repositories to your appliances). Plus, you’ll be getting enterprise level support from the Novell/SUSE team.

Since the end of July 2009, 43,000 users had signed up for SUSE Studio and there are now roughly 11,000 to 14,000 builds per week. Steve Hale noted that over 100 new partners had joined the SUSE Linux Enterprise program, and he asserted that momentum was constantly building from ISVs.

Ironically, somebody apparently used SUSE Studio to build a fake Google Chrome OS. They stopped hosting the image, not because it violated anything (it was, in fact, an appliance based around the Google’s web browser) but because of internet traffic problems. (Google eventually pulled the actual site.)

Lastly, I asked the team point blank: “Is anyone else doing something like this?” Novell says that while the appliance approach exists in bits and pieces, Novell/SUSE is the first team to take all the components and roll them into one.