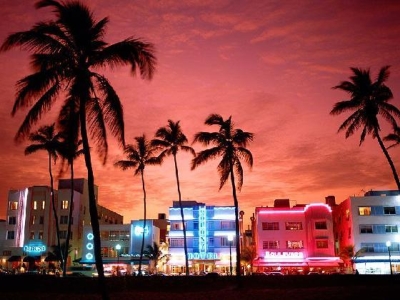 Despite the recession, Cisco Systems and Digium (the upstart open source IP PBX specialist) are holding strategic partner and customer events within days of each other in Miami, Florida. Cisco's agenda is all business. Digium's agenda is mostly technology. The VAR Guy's agenda: Stirring up some controversy.

Despite the recession, Cisco Systems and Digium (the upstart open source IP PBX specialist) are holding strategic partner and customer events within days of each other in Miami, Florida. Cisco’s agenda is all business. Digium’s agenda is mostly technology. The VAR Guy’s agenda: Stirring up some controversy.

First, some general observations. At a time when Cisco is cutting its corporate travel budget and evangelizing TelePresence, the company still found ample budget to plan and host Partner Velocity, an invitation-only event scheduled for Feb. 10-12 in Miami.

Instead of hyping Cisco products and services, the entire event focuses on marketing strategies for partners, The VAR Guy hears. (Full disclosure: The VAR Guy actually assisted Cisco with the December 2007 Velocity event — though he’s traveling elsewhere this year and can’t attend Velocity 2009.)

Roughly 200 Cisco partners are expected to attend the Velocity conference, another clear indication that Cisco knows how to attract a crowd in any economy. Guest speakers will include:

Some pundits predict open source companies like Digium and Vyatta will eventually topple Cisco. But The VAR Guy isn’t willing to go that far. Together, Digium and Vyatta have about 700 channel partners worldwide, according to The VAR Guy’s Open Source 50 report. That’s an impressive figure in the open source world. But it’s barely a blip on Cisco’s global radar, which tracks 50,000 of Cisco’s own channel partners.

Still, there’s no doubting the continued growth of open source networking solutions. Skeptics should turn their attention to Miami and take look at AsteriskWorld — before Cisco’s own event pulls into town.