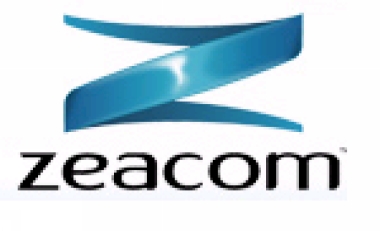 Zeacom: Sneaking Up On Unified Communications?

Zeacom isn't the best-known brand in Unified Communications, but the privately held company seems to be sneaking up on rivals. Skeptical? Consider this: Zeacom insiders say the company is profitable, has no debt and 10 percent of the company's annual revenue is in the bank. Hmmm. The VAR Guy is intrigued.

Zeacom isn’t the best-known brand in Unified Communications, but the privately held company seems to be sneaking up on rivals. Skeptical? Consider this: Zeacom insiders say the company is profitable, has no debt and 10 percent of the company’s annual revenue is in the bank. Hmmm. The VAR Guy is intrigued.

Frankly, Zeacom wasn’t on The VAR Guy’s radar — at all — until he connected with for a phone chat with Ernie Wallerstein, president of the Americas. Among the conversation’s highlights:

Impressive. But if things are so great, how come The VAR Guy never heard of Zeacom, despite covering VoIP for more than a decade? Is our resident blogger too preoccupied with Cisco Systems, Microsoft and disruptive open source proponents like Digium?

Perhaps. Part of Zeacom’s challenge is the company’s history: The company initially focused on the Australia/New Zealand region, where the IT market is about one-tenth that of the US.

Now, Wallerstein is striving to raise Zeacom’s profile in the US. Quips Wallerstein, “It’s time for us to think bigger.”

The VAR Guy agrees. The Unified Communications market is heading for a shakeout. As Cisco grows, Nortel implodes and Avaya considers its future directions, many customers have reached an inflection point.

For many partners, Cisco remains the safe choice — but that choice often comes with higher price tags. And new, lower-cost alternatives — such as Microsoft Response Point (a small business phone system for up to 50 users) and Digium Asterisk — may disrupt traditional UC and VoIP systems.

Where does Zeacom fit in the mix? Wallerstein emphasizes the following:

No doubt, it’s nice to be competing in a growing market like unified communications. And Zeacom seems to be a well-kept success story. But the competition — particularly from the open source world — will surely intensify.