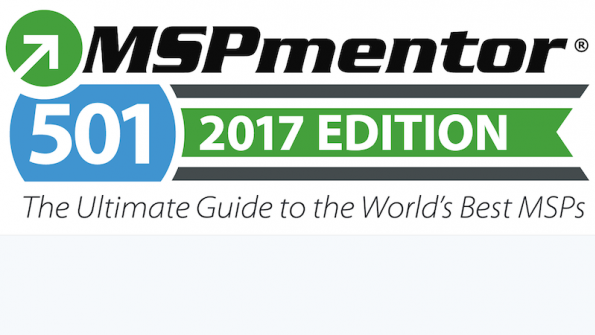 This year marks the 10th anniversary of the industry’s most respected list of top managed services providers (MSPs).

After months of research, data collection and analysis, MSPmentor is proud to present the 2017 MSPmentor 501 Global Edition – Worldwide Company Rankings.

We’re proud to acknowledge this is the 10th anniversary of the industry’s most respected list of top managed services providers (MSPs).

As usual, the latest MSP 501 ranking features IT services firms large and small, from virtually every corner of the earth.

How We Built the 2017 MSPmentor 501 Worldwide Company Rankings

This is the second year utilizing a new approach designed to raise the bar in terms of quality, transparency and relevance.

Take transparency: Prior to 2016, MSP 501 list was a bit of a mystery to companies that applied for inclusion.

For the second consecutive year, MSPmentor is revealing the methodology used to rank individual companies.

In the coming weeks and months, the editors at MSPmentor will follow up with additional features, news stories, profiles and more that flesh out our findings, which number far too many to fully examine herein.

Also, keep an eye out for a downloadable PDF version of the survey results.

Ask us about premium, Next Level reports with the most complete data and granular insights from the 2017 MSPmentor 501 survey.

Despite the year-over-year increase, recurring revenues as a percentage of total revenue actually fell, ever so slightly – from 30.27 percent in 2016, to 29.67 percent last year.

Following the trend of climbing revenue, headcount also grew at a healthy clip.

On average, MSPs on the list earned about $190,000 per employee, though that varied widely among companies, with some earning as much as $1.43 million per FTE, and others as little as $8,750.

Today’s release of the MSP 501 list is just the beginning.

On June 28, we’ll release the MSPmentor 100 Small Business Edition, which honors the Top 100 MSPs with 15 or fewer employees.

Later this summer and fall, look for additional lists from U.S. states and other geographic regions around the world.

To those who participated, we sincerely thank you for being a part of the 10th Annual MSPmentor 501 Global Edition.How We Built the 2017 MSPmentor 501 Worldwide Company Rankings