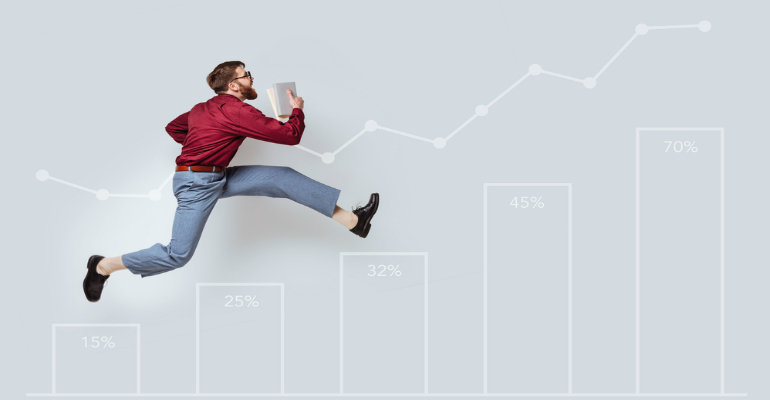 IT Job Growth Gives Us Reason to Cheer

Some 59,500 IT jobs were created this year through October, versus 19,100 during the same period last year.

The IT job market is flexing its muscle as far more jobs were added during the first 10 months of this year than all of 2017.

That’s according to Janco Associates‘ latest IT jobs report for 2018. Some 59,500 jobs were created this year through October, versus 19,100 during the same period last year.

Also, IT sector employment expanded by an estimated 11,700 jobs in October, the strongest showing since spring, according to an analysis released by CompTIA. October was the second strongest month in 2018 for tech sector hiring, surpassed only by May when 11,900 new positions were added.

“The current economic recovery continues to create demand for IT professionals,” said Janco CEO Victor Janulaitis. “Even with the turmoil caused by the ‘trade wars,’ political unrest and slow growth outside of the United States, CIOs are looking to increase the size and skill sets of their IT staff’s. CIOs are creating new jobs that address the increased focus on internet-based operations and automation. It’s now not unusual to see positions like search engine optimization (SEO) specialists and IT — robotics analysts added to the mix of IT professionals that are being recruited.”

All of the CIOs interviewed by Janco said they were actively recruiting IT professionals for new development activities and replacements for those who have left in the last few months. Attrition rates are the highest they’ve been in the last several years.

Also, several organizations have slowed the hiring process as they work to absorb the new hires, according to Janco.

“CIOs are optimistic that the economy will be one that will foster growth,” Janulaitis said. “Most already have approved 2019 budgets, and in some cases even increased spending budgets after the initial budgets had been approved. A definite bullish sign.”

Hiring for tech jobs across the entire economy bounced back last month, as employers added some 107,000 new positions, according to CompTIA’s analysis of the latest Bureau of Labor Statistics “Employment Situation” report.

“The combination of job gains this past month and the surge in hiring intensity indicate technology-related employment is on very solid footing,” said Tim Herbert, CompTIA’s senior vice president for research and market intelligence. “The data confirms software, data and emerging tech skills continue to be hot commodities in the job market, which often overshadows the fact that employers are also in hiring mode for many core positions, such as networking, IT support and cybersecurity.”

According to CompTIA’s analysis of employer job postings, companies advertised for more than 282,000 positions in emerging technologies year-to-date, a 65 percent year-over-year increase. In comparison, overall IT job postings recorded a 30 percent increase year-over-year.

Within specific emerging tech job categories, postings for blockchain positions are up 370 percent year-over-year, artificial intelligence (AI) are up 149 percent, machine learning are up 99 percent and big data are up 41 percent.