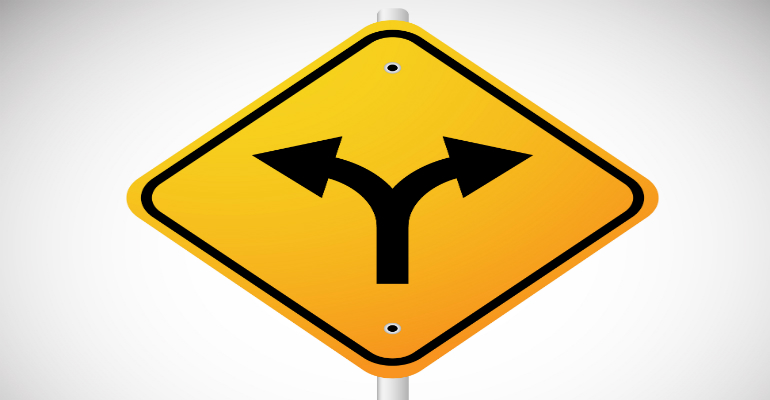 Big Blue is bridging the divide between traditional partners and next-gen partners.

The Mandalay Bay and MGM Grand hotels in Las Vegas are a short mile-and-a-half apart. For partners attending IBM Think 2018 and PartnerWorld at Think, in March, however, they were worlds apart. IBM Think, held at Mandalay Bay, was about business and technology. PartnerWorld at Think, held at the MGM Grand, focused on IBM partners. But the foot traffic at the two venues told a different story — that story was about where partners felt more aligned.

“There’s a [channel] ecosystem that’s visible at these conferences and there’s a [channel] ecosystem that’s not visible at these conferences. The challenge that we have [at Think] is that a lot of [partners] are in the Solution Center (at Mandalay Bay). They’re advertising the fact that they’re trying to sell their solutions – with Watson embedded, with AI and analytics – to our clients. They’d rather [at Mandalay Bay] than listening to our [partner] programming,” he told us.

It’s this reality that’s forcing IBM to make big changes in the way it works with partners.

Here’s another tale about change.

Not too long ago, Wilson attended a conference in Phoenix where he heard Ingram Micro pushing its Cloud Marketplace. He looked around and didn’t recognize any partners among the hundreds of people in the room.

“And I had been running [IBMs] North America [software channel]. So I asked Ingram to set up some meetings with some the partners that were there — they were MSPs,” he said.

Wilson did the typical IBM thing and asked how IBM compared to the competition, the margins, and that sort of thing.

IBM’s ESA provides partners a way to create unique solutions with IBM technology, and market the solution to its customer. An embedded solution is the combination of IBM offering(s) and a technology partner’s value-add, that when working together, create a commercially available business-partner-branded solution that’s distinct from the IBM offering(s). ESA-D, is ESA through distributors.

“ESA allows partners to embed everything from our public cloud to our platform-as-a-service to software, and even certain hardware elements … the idea being when you get to the ISVs, the MSPs, the solution providers — this is about embedding, and its consumption-related. It’s about building out a margin against the technology we’re allowing them to embed,” Wilson said.

IBM’s new digital self-service platform is designed for partners who are building and selling solutions with integrated IBM technology. The platform provides access to leading-edge technologies and offers technical support, prebuilt code patterns and skill-building courses. IBM said that it will offer several promotional offers to partners to get started building quickly with IBM Cloud, AI and data. Once partners are ready to take their embedded solutions to market, they can list them on the IBM Marketplace.

Where IBM sees its future is with partners who can take its technologies, embed them in other solutions, wrap their own IP around it, develop services and take it to market in new ways.

So, who are IBM’s partners today?

There are the core partners, many of whom recognize the future is about developing services and solutions wrapped around IBM technology.

“We’re seeing more of our partners traditionally known for resell developing IP and entering into ESA agreements, which is a big part of our next-generation partners,” said Wilson. “I don’t want to leave them behind, and they don’t want to be left behind.”

Then there’s that next-gen partner, or net-new partner – the MSPs, ISVs and solution providers – who are all about embedding. There are two ways that IBM works with these partners from an embedded perspective: A partner comes to IBM wanting to on-board, or a partner engages with a field rep who helps them get involved with an ESA. The second way is having IBM partners who work with ISVs and MSPs to get these partners to sign up.

In technology areas such as IoT, IBM is dealing with partners who are totally new to the company.

“Their claim to fame is that they’re involved with manufacturing companies. Years ago, you wouldn’t have thought about these companies being part of our next-gen channel, but they are,” he said. “I don’t have those relationships, but I have partners who do.”

If you’ve heard Forrester analyst Jay McBain talk about the shadow channel, it’s real and its happening. IBM also has clients who are becoming partners.

IBM is just getting started driving changes in its channel. What’s next? Partnering — getting IBM’s core channel talking to its next-gen channel, or net-new partners.

“We’ve got partners who are creating solutions – ISVs, MSPs – they’re industry-specific and they’re embedding our technology. They would love to reach our core partner ecosystem because they probably don’t have a managed service to take to their industry-specific existing client base,” Wilson explains.

Don’t expect to see any formal partner program that spells out this partner-to-partner concept; instead, IBM will enable it to happen via communities.

“It’s about building out a community to make sure that the partners who don’t plan on building these solutions, but have access to clients, take full advantage of meeting those who do,” said Wilson.

Communities are the next big thing for IBM.

“We’re going to move very quickly on this one — this year,” he added.