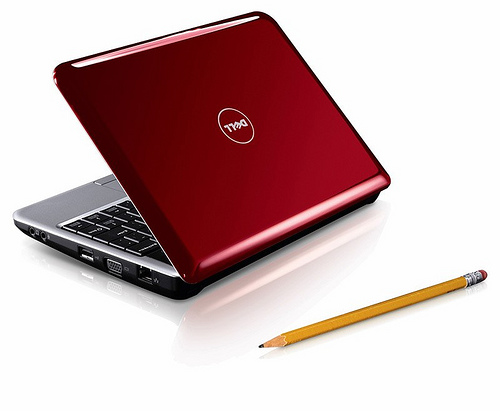 
It's one small step for Dell and consumer Linux -- and one giant leap for Canonical's Ubuntu Linux efforts. Specifically, Dell is spending advertising dollars to promote PCs with Ubuntu Linux preinstalled. The move has significant implications for the business world as well. Here's why.

It’s one small step for Dell and consumer Linux — and one giant leap for Canonical’s Ubuntu Linux efforts. Specifically, Dell is spending advertising dollars to promote PCs with Ubuntu Linux preinstalled. The move has significant implications for the business world as well. Here’s why.

First, some details about the advertisement. Many many U.S. newspapers on Sunday, October 12, included a multi-page Dell flier. Among the many products advertised was the Dell Inspiron Mini 9, a low-cost sub-notebook designed for email and Web browsing.

Here’s one page from the multi-page ad:

You may recall that the Mini 9 is available with either Ubuntu Linux 8.04 or Microsoft Windows Vista. But this particular advertisement made no mention of the Windows option. Instead, Ubuntu was prominently mentioned and had the spotlight to itself.

So, why should you care? For starters, so-called Netbooks like Dell’s Mini 9 represent the fastest growing portion of the PC market. Starting at $349, the Mini 9 is positioned for students and business professionals on the go.

It’s not a complete PC replacement. Rather, it’s a mobile WiFi device with an 8.9 inch screen, and custom Web 2.0 applications that keep you connected with friends and business associates.

Most Netbooks — from Asus, Dell, Toshiba and soon even Lenovo — offer either Windows or Linux pre-installed, meaning that there’s real competition and real customer choice available.

The VAR Guy believes Netbook momentum will spill into the corporate market, where executives on the go want the convenience of email and online application access without the hassle of a big laptop or the limited screen of a smart phone.

Also of note: There are indications that WiFi service providers such as T-Mobile may offer Netbooks for free as part of ongoing wireless Internet service contracts. The move could further legitimize Ubuntu-powered Netbooks as mobile corporate devices.

Anyone who doubt’s Ubuntu’s growing momentum in corporate settings should check out the Work With U 1000 — a list of businesses and organizations running Ubuntu on servers, desktops and/or laptops.