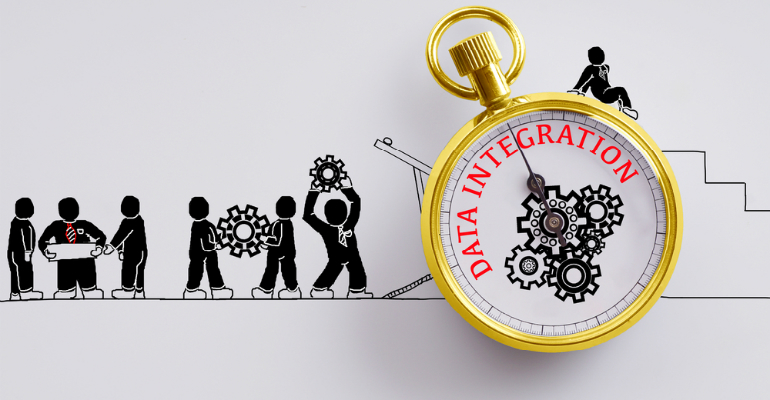 MuleSoft Opens New Markets for Salesforce and the Channel

With MuleSoft, Salesforce goes beyond CRM into the heart of digital transformation and artificial intelligence.

Salesforce is buying MuleSoft, its largest acquisition to date, in a deal valued at a whopping $6.5 billion. The purchase of MuleSoft, which gathers data buried in an enterprise, ushers in an era of expansion for both Salesforce and channel partners.

The deal casts a white-hot spotlight on data, the new currency in the digital economy. Corralling data has become the biggest challenge in digital-transformation efforts. Data is also the key to unleashing disruptive technologies, such as artificial intelligence (AI).

The MuleSoft acquisition “will enable customers to surface data across all of their systems, from legacy software to cloud applications to mobile apps to IoT, and the list goes on,” said Keith Block, Salesforce vice chairman, president and COO, on an investor call. “They’ll be able to make smarter, faster decisions and create highly differentiated, intelligent and connected customer experiences.”

Salesforce expects the deal to close during its second fiscal quarter.

San Francisco-based MuleSoft, which went public a year ago, raising $221 million, posted nearly $300 million in revenue last year. The company boasts more than 1,200 customers, including Coca-Cola, Unilever, Barclays, Mount Sinai, VMware, GE, AT&T and Cisco. Some are mainstay SAP customers, which has led analysts to speculate that the acquisition is a play against SAP.

“Integration is the battleground for competitive advantage in the enterprise space and also between software companies like Salesforce, Oracle, SAP and Microsoft,” says CEO George Gallegos of Jitterbit, which competes with MuleSoft. “We believe that every major company and software provider will now need to reassess their integration strategy to compete in the light of the Salesforce news.”

But this is just the beginning.

Data also powers Salesforce’s cornerstone AI offering, called Einstein, which is built into the Salesforce platform. By solving the problem of disparate data plaguing many industries, especially health care, and pulling data from other major sources – such as ERP – into its ecosystem, Salesforce can improve Einstein’s performance.

“These [data] integrations make business processes more seamless, but it also incorporates more data signals into the algorithms that power AI engines,” says Dana Therrien, practice leader of sales operations strategies at SiriusDecisions, a research and advisory firm. Salesforce automation platform providers are “becoming data-signal aggregators and, in the end, the one with the most powerful and accurate AI apparatus wins.”

The MuleSoft acquisition also helps Salesforce break out of its CRM box. Salesforce has set its sights on $60 billion in revenue by 2034, but CRM doesn’t have that kind of growth curve, says Jay McBain, principal analyst at Forrester. Salesforce needs to be a bigger part of the stack.

“I thought this acquisition was brilliant,” McBain says. “This forces them out of CRM, marketing cloud, and service cloud into other different levels of solutions. I think you’ll see many more moves.”

But is this good news for channel partners?

A big piece of MuleSoft’s business is on premises, where MuleSoft competes with in-house developers and traditional enterprise application integration software vendors, such as Tibco and Oracle. For channel partners still wearing Salesforce’s “no software” button, this all might seem a little strange.

Nevertheless, once the dust settles from the acquisition, Jitterbit’s chief strategy officer, Simon Peel, suspects Salesforce’s top-tier partners, such as IBM’s Bluewolf and Accenture, will be walking MuleSoft into large corporate accounts.

“We’ll have some competition there,” he says.

McBain says the MuleSoft acquisition gets Salesforce beyond CRM and into the heart of digital transformation. Simply put, data integration touches every business application, every mobile and IoT device, every AI project.

“The interconnects that come out of this acquisition are incredible,” he says.

Channel partners can ride this expansion.

“Most SIs are playing in the Salesforce world, but if you’re not, this is a swift kick in the behind,” McBain says. “There [are] up to 75 percent margins to be had downstream in these business-application layers. For these partners, Salesforce is going to give them opportunity to play in some very high-margin, customer-sticky stuff.”