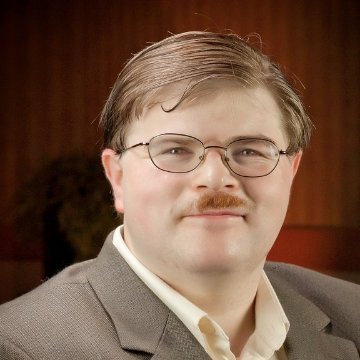 Each year, the MSPmentor 250 identifies the world’s top managed services experts, entrepreneurs and executives — including professionals who have mastered business leadership, marketing, sales, technology, coaching and other areas within the managed services market. For our 2011 edition, here’s page 1 of 10…

Chris Andreozzi, President, KnowledgeCentrix
Andreozzi built KnowledgeCentrix into one of the fastest-growing privately held companies in America, according to the annual Inc. 5000 report. Based in Southern California, KnowledgeCentrix positions itself as a full-service information systems consulting firm.

Rick Bahl, President, Quality Systems Solutions Inc.
Bahl has been a three-time member of the Microsoft SBSC Advisory Board and served as the Central Region PAL. His company blends partnerships with traditional IT hardware companies as well as managed services software companies.

Carey Balzer, President, White Glove Technologies
Through six acquisitions and a significant investment in sales & marketing, White Glove has grown to become one of the top MSPs in North America. Balzer, White Glove’s founder, has helped the company to push into 16 markets across the US while also digging deeper into the legal vertical.

Scott Barlow, Vice President, Sales & Marketing, Reflexion Networks Inc.
In 2010, Barlow’s sales and support teams led Reflexion to 60% growth in total revenue and 125% growth in adoption of the company’s hosted archiving and encryption services, while recruiting an average of one new solution provider every day of the year.

Tim Beard, President, Networthy Systems
Under Beard’s leadership, Networthy Systems has doubled its client base, merged with another MSP, and opened a second office. Beard also sits on the Advisory Council of Connectwise, and he is the lead facilitator at the Connectwise South Central User Group every quarter. He previously hosted the daily radio show “Geek Free Radio,” which focused on helping companies get the most out of their IT investment.

Renee Bergeron, VP of Managed Services & Cloud Computing, Ingram Micro
Bergeron joined Ingram Micro in September 2010 and hit the ground running, helping Ingram to push beyond managed services into cloud services. By early 2011, she positioned Ingram Micro as the leading distributor offering cloud aggregation services. By mid-2011, Bergeron described a next-step strategy to help VARs and MSPs source cloud applications directly from Ingram. Keith Bird, Services Manager, ACS Office Solutions
Bird has grown on-going Managed Services Recurring revenue to over £1.5 million annually, and the IT division sells over £15m worth of IT products every year. The Managed Service division was started from scatch in 2008 and now employees over 35 people.

Gerald Blackie, Chairman & CEO, Kaseya International Inc.
Blackie has grown Kaseya into a $100-million+ software company, pushing beyond on-premise to offer a range of SaaS solutions for IT service providers. Blackie has also pushed Kaseya into the enterprise software market, positioning the company as an IT automation specialist that competes against legacy systems management tools. This is the end of page 1 of 10. You can…
Tags: Uncategorized Videos