Microsoft Teams for Linux portends other Office apps are in the pipeline.

Microsoft has released the technical preview of its Teams chat and communications software designed to run on Linux clients. It’s the first Office 365 app built to run natively on devices that use the open-source operating system. 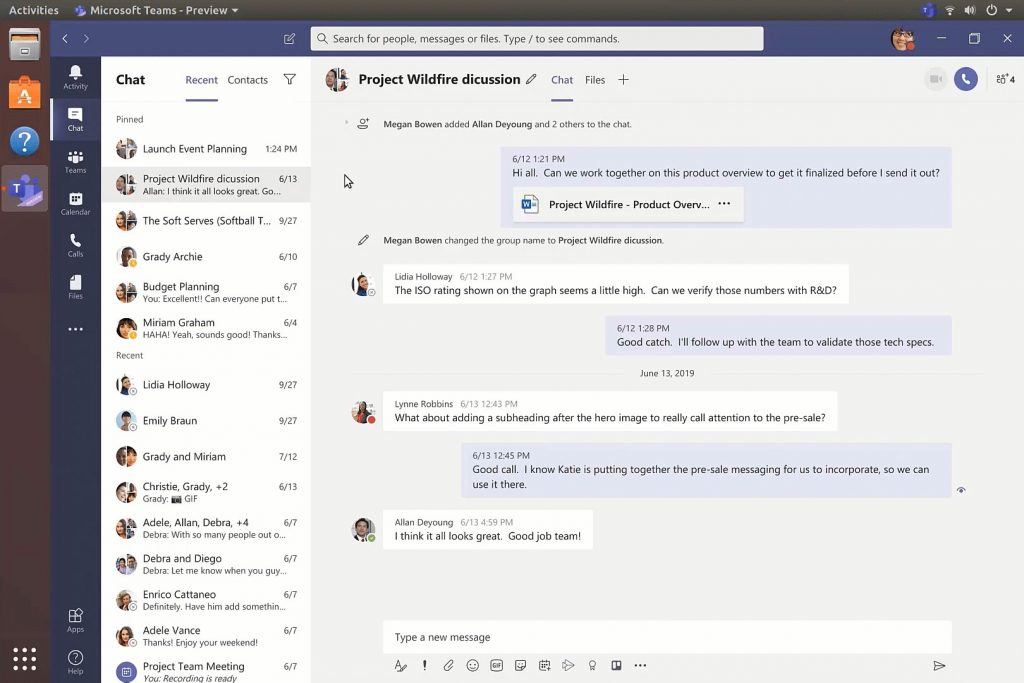 The release comes on the heels of last month’s announcement that 20 million people now use Teams. Critics note the rapid growth is the outgrowth of Microsoft bringing the Skype for Business features to Teams, which is now the focus of many partners’ Office 365 migration efforts. The Microsoft Teams Linux client preview release, made available for download last week, comes one year after the company indicated that it had no such plans to offer its rapidly growing collaboration tool on Linux. In a Nov. 2018 Microsoft Teams user forum, a customer lamented the lack of a Linux Teams client, despite the fact that the rival Slack offering was already available on Linux. The user claimed Microsoft said it doesn’t have plans to develop a Linux-based Teams client.

“Without a Linux client on Microsoft Teams, some orgs may have to turn away in favor of Slack so everyone can participate without keeping a browser open all the time,” the user complained, in a post that appeared on the All Things Linux page on Reddit. Requests for Linux client support go beyond just Microsoft Teams. Some have asked Microsoft to develop a OneDrive for Business client in Linux, noting that Dropbox and Google Drive are available on that platform. The lack of real Linux support is a problem, please support Linux in onedrive/sharepoint,” the poster stated. “Also, [an] Office 365 package for Linux would help.”

Either the user had inaccurate information or Microsoft changed its mind. Buzz of a potential Linux Teams client surfaced in early September. The new Microsoft Teams client for Linux desktops supports the same core features as other platforms, according to Marissa Salazar, Microsoft Teams marketing manager.

“Most of our customers have devices running on a variety of different platforms such as Windows 10, Linux and others,” Salazar wrote in a post announcing the release. “We are committed to supporting mixed environments across our cloud and productivity offerings, and with this announcement, we are pleased to extend the Teams experience to Linux users.”

The decision to develop a Microsoft Teams client for Linux signals that the company anticipates the number of devices that run on the open-source software is poised to rise. Less than 1% of computing systems connected to the internet are Linux-based, compared to 40% on Android, 35% Windows, 13.6% iOS and 7.6% for Macs, according to Statcounter. That figure has remained flat over the past year, but given the billions of client devices, that still amounts to a large number of users. The petition on the Microsoft Teams User Voice site was the first to receive 10,000 votes. It appears they represent a vocal minority: engineers and others in high-tech lines of work, where Slack has a strong foothold.