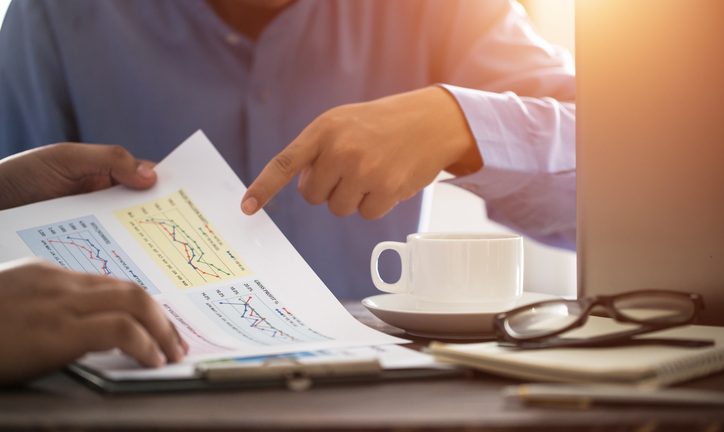 Western Digital is pursuing exclusive talks with Toshiba and has argued that a sale to a third party is in breach of their joint-venture agreement.

(Bloomberg) — Western Digital Corp.’s earnings showed the value of its SanDisk acquisition and how much it has to lose if a partnership with Toshiba Corp. is disrupted by the desperation sale of the Japanese company’s chip unit.

The San Jose, California-based company has posted results that topped estimates every quarter since completing the $15.8 billion purchase of the memory chipmaker last May and its stock has jumped 31 percent this year. Contrast that with the single-day 17 percent drop in shares of rival Seagate Technology Inc. after it reported earnings that still mostly depend on older, less desirable spinning magnetic-disk-based hard drives.

The company reported a 65 percent increase in sales in the first quarter on surging demand for flash memory, a more modern type of storage technology for phones and computers that came with the SanDisk deal. But the SanDisk business has a joint venture with Toshiba’s chip division, which is for sale as the Japanese company seeks to cover losses from its failed attempt to expand into the nuclear power industry.

Western Digital has held discussions with Innovation Network Corp. of Japan and Development Bank of Japan Inc. about options for a bid. It’s pursuing exclusive talks with Toshiba and has argued that a sale to a third party is in breach of their joint-venture agreement — a claim that his Japanese partners refute.

The company’s legal rights and the Japanese government’s desire to stop control of the crucial technology passing to another country will help achieve a positive result for his company, said Mark Long, Western Digital’s chief financial officer. The enemy of a good conclusion to the sale process is time.

“A lot of this, in the initial phases, is going to be overshadowed by the desperation of Toshiba to deal with their crisis as it has grown from a problem to an all-consuming disaster,” Long said. “We are deeply troubled by the tension between the depth of Toshiba’s desperation and their willingness to do things that we didn’t think they would do in other situations.”

Toshiba’s unit has garnered a lot of interest, with bids as high as $28 billion reportedly from Hon Hai Precision Industry Co. Western Digital’s position is that “each of the rumored bidders is problematic,” said Long. The company has talked to all of the prospective buyers to look for a solution. And in some cases they’ve reached out first themselves.

Consider the following: Hon Hai’s reported bid for the division values it about the same as the market capitalization of rivals Micron and SK Hynix. Yet those companies have more than twice the memory-chip revenue of the Toshiba unit.

“This is a head scratcher,” said Vijay Rakesh, an analyst at Mizuho Securities. “We think at two times sales it’s worth about $14 billion.”

Sales at Micron and SK Hynix are projected to surge more than 50 percent this year as demand for the mobile-device storage chips continues to expand and chipmakers stay disciplined in their additions of new supply. That doesn’t change the volatile nature of the business, where producers have frequently caused supply gluts and crashed pricing. SK Hynix — also a bidder for Toshiba — and Micron have each reported two annual losses since 2010.

“I wouldn’t say we’re at the peak but the supply-demand trends can’t get much better than they are,” said Tristan Gerra, an analyst at Robert W. Baird. The timing is “good for Toshiba because we think they can sell at close to the peak. There’s a lot of interest in the technology, particularly in China.”

The challenge for anyone scooping up Toshiba’s chip business is making enough money to pay the high purchase price while finding enough funds to upgrade plants that cost billions of dollars to equip.

Western Digital now faces the uncertainty of who might take Toshiba’s majority stake in their joint venture, whether they’ll continue to invest at the required levels, and even if the new owner will compete against it. Buying Toshiba’s unit at the prices being proposed would put a heavy burden on Western Digital’s finances. The company said last week it had cash and cash equivalents of $5.8 billion and “liquidity available” totaling $6.8 billion.

“It’s really complicated,” said Weston Twigg, an analyst at Pacific Crest Securities. “There was always a risk. When you buy half a venture, you don’t know how reliable the other side of the venture is. We just found out that Toshiba wasn’t reliable.”