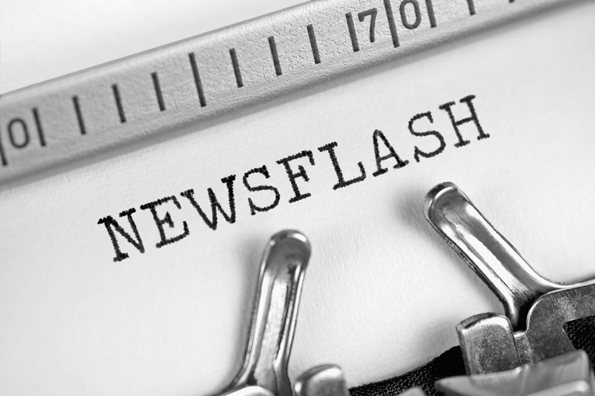 Industry giants are solidifying their market dominance on the back of your data, new allegations against Uber take its discriminatory culture to a new low (who knew that was possible?), and Trump kinda sorta but not really said you can soon start making money off of commercialized drones.

Show of hands who’s shocked by the earnings results Amazon, Alphabet, and Microsoft released this week.

If you needed further proof that we’re already neck deep into the age of digital transformation, the numbers we heard out of these behemoths this week should do it.

Microsoft’s annual run rate for its Azure unit topped $20B for the first time ever. Alphabet is cleaning up in ad revenue (let’s save the talk about the inevitable court battles their advertising practices will cause). In an ironic twist, its purchase of grocery chain Whole Foods spurred Amazon for the first time to count sales in physical locations (yeah—those same kind of physical shops it put out of business in the first place) as separate revenue, which this year accounted for five percent, or $1.3B, of its total sales.

The reach of these companies is nearly incomprehensible, and the vast treasure troves of user data fueling their growth initiatives will likely be enough to secure their top spots as leaders in the Digital Era for a long while to come. And speaking of giant companies building their fortunes on user data…

Industry Titans Betting Your Data Will Safeguard Them from Disruption

Fortune’s Alan Murray dished about a someone-secret gathering of 100 CEOs who came together at the bequest of IBM’s Ginni Rometty this week to talk about how digital transformation is empowering traditional giant corporations to squash pesky ‘disrupters’ that try to enter the market. Top executives from 17 different industries representing $2 trillion in revenues and 5 million employees apparently came to the conclusion that the coming wave of tech will work in the favor of legacy market leaders.

“I believe this is a ‘now’ moment for the incumbent companies,“ Rometty said in her opening remarks. “You can go on the offense. You can be the disruptor, instead of the disrupted.”

Apparently, Rometty and others are betting that the vast troves of proprietary data they’ve been collecting since what feels like the dawn of time, combined with their industry expertise, will give them the leverage they need to corner their respective markets.

Technology doesn’t seem to be a concern, but culture sure is. As IBM’s Jon Iwata summarized: “Culture is the number one impediment… Culture moves in a linear way; technology moves exponentially.” And speaking of crappy culture…

I remember the first time I ever took an Uber. I was out with a girlfriend at our neighborhood haunt and mentioned it was too bad we’d each had a couple of drinks and couldn’t drive across town to try out the new whiskey bar/library (right? Right?! Brilliant) that had just opened up. She pulled out her phone, and mere moments later this beautiful black SUV pulled up, we sipped on free bottled water behind dark tinted windows during our ride, and the driver refused to let me tip him (remember those days?).

I was absolutely hooked. Then 2017 happened.

We thought things would get better when former CEO Travis Kalanick resigned in June amid accusations that he allowed and encouraged an environment rife with sexual harassment. But this week, three Latina females filed a lawsuit against Uber alleging the company not only promotes compensation and advancement practices that put women at a disadvantage, but discriminates against racial minorities, as well.

Ingrid Avendano, Roxana del Toro Lopez and Ana Medina, who described themselves as Latina software engineers, are accusing Uber of employing a ranking system that isn’t based on job performance and favors white and Asian males.

“In this system, female employees and employees of color are systematically undervalued compared to their male and white or Asian American peers,” the lawsuit says.

Unfortunately, the new lawsuit doesn’t seem to be surprising anyone. Uber’s toxic work culture has become a microcosm for all that’s wrong with Silicon Valley’s ‘bro culture,’ and we doubt this is the last time they’ll see the inside of a courtroom for basically being jerks. Speaking of jerks…

Remember a few years ago when a lot of partners couldn’t see a way to make money off of IoT? Or jumped on the Big Data bandwagon only to realize that without advanced analytics, they were drowning in metrics? Or relegated cognitive computing to the realm of game-playing supercomputers?

What if drones are the next tech fad partners dismiss as too ‘out there’ only to have their competitors jump on the moneymaking opportunity first?

Hear us out here. Right now, mainly because of an impenetrable morass of local and federal regulations, the use cases of drones are admittedly limited. You’ve got Amazon test piloting some grocery delivery drones, for example, and some folks can get special licenses to use them for things like assessing property damage or monitoring crops, but unless your bag is AgTech, that isn’t real exciting.

On Wednesday, the regulation-hating Trump administration announced its intention to get local, state, tribal, and federal authorities all on the same page when it comes to drone regulations, especially around test cases.

In typical Trump fashion, the announcement was scant on details, and sets the stage for long legal battles as states push back on proposed new leniency from the Federal Aviation Administration.