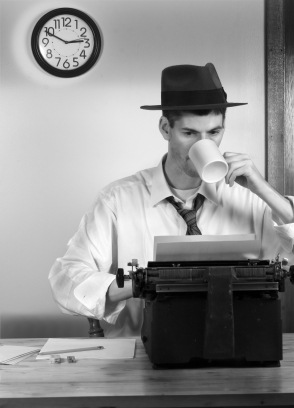 Forgive me for being distracted (again). Our team is busy polishing and posting the MSPmentor 100 report onto a hidden section of our website. The complete report debuts Feb.

Forgive me for being distracted (again). Our team is busy polishing and posting the MSPmentor 100 report onto a hidden section of our website. The complete report debuts Feb. 10, shortly after a webcast on the topic. In the meantime, here are seven managed services blog entries our team didn’t have the time to write for the week ending Feb. 5, 2010.

7. Time to Differentiate: PacketTrap, recently acquired by Quest Software, thinks basic remote monitoring has become a commodity. The company will increasingly focus on traffic management and network management, especially between multiple cloud services. Also, PacketTrap will likely integrate with ConnectWise as soon as next week.

6. Equal Time: It seems I can’t keep ConnectWise and Autotask users happy. When I write about one company, the other company’s user community demands equal time. I’m trying, folks. So here’s a quick one-two update for you. ConnectWise’s Twitter feed says more than 900 partners have attended the company’s recent user group gatherings across the world. Meanwhile, Autotask is reminding its user base that the Autotask Community Live conference is set for April.

5. Sold on Managed Services: Metcalfe Realty Company, one of Canada’s largest property management firms, has signed a three-year managed IT services contract with The Utility Company. Side note: My brother is in real estate. My dad’s in real estate. They both constantly seek MSP guidance. No joke. Realtors are super-mobile folks, as are commercial property managers. They want data at their fingertips, and data protection for their back-office systems…

4. Ready for Your Close Up?: Tata Communications is teaming with Whygo, a global specialist in public videoconferencing facility scheduling, to provide Telepresence solutions. But I got to say: The more I use our own FastChat video conferencing system, the more I realize you don’t need to spend a ton of money to organize and capture good video conversations.

3. Kaseya Officially Announces Kaseya 2: Seriously, it’s announced. Offerings range from Kaseya Free to an enterprise offering. Everything is supposed to be available this quarter…

2. Attracting Money?: I mentioned ChannelCloud‘s imminent launch earlier this week. Now, a few folks are telling me to keep an eye on gCloud3 — which specializes in desktop virtualization, server consolidation, and other cloud opportunities for channel partners. Details are sketchy… but I hear money may flow gCloud3’s way. But I still say we’re in a cloud bubble.