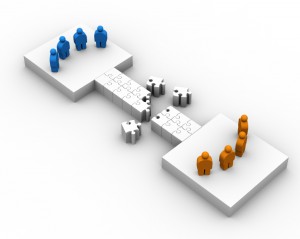 GI Partners has successfully played matchmaker for portfolio companies The Planet and SoftLayer, merging them into one hosting service monolith with 24,000 customers using 76,000 servers in 110 countries. The VAR Guy won’t say “he told you so,” but here’s the scoop.

GI Partners has successfully played matchmaker for portfolio companies The Planet and SoftLayer, merging them into one hosting service monolith with 24,000 customers using 76,000 servers in 110 countries. The VAR Guy won’t say “he told you so,” but here’s the scoop.

The newly combined company will operate under the SoftLayer brand, according to the official press release, and offer services ranging from colocation to dedicated and managed hosting to cloud/hybrid cloud environments. By combining SoftLayer’s existing automation expertise and infrastructure with the newly combined portfolio of offerings, the company says it can offer enhanced scalability and value for enterprises of all shapes and sizes.

From the business perspective, GI Partners says that both SoftLayer’s and The Planet’s management have had ample time to plan the transition, and SoftLayer CEO Lance Crosby will maintain his position at the helm of the combined company.

When our resident blogger spoke with The Planet in the wake of GI Partners finishing their purchase of equity in SoftLayer back in August 2010, he heard that the combined company was looking to double revenues over the next several years while growing their operations footprint.

The VAR Guy will check in regularly to see if SoftLayer executes on those growth plans.