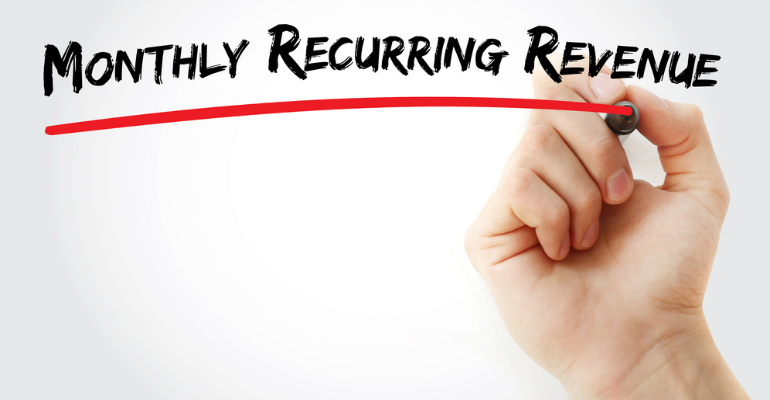 That’s the new mantra for Cisco, a company that became a Fortune 50 legend by delivering value in a transaction at a fixed point in time. In today’s digital world, that is simply outmoded. So, Cisco has reframed its thinking and embraced continuous value exchange.

What is that exactly? It’s the practice of providing new experiences, benefits and empowerment well beyond the moment when ink on a contract dries.

Cisco, of course, is hardly the only company of late to focus on providing continuous value exchange. Take Tesla, which uploads regular software updates to its owners’ cars, providing them improved performance and new features. That’s a form of continuous value exchange. And so are subscription services such as Trunk Club, a Nordstrom company that provides fashion as a service to members who upload their styling preferences and receive regular shipments of clothing selections.

In the tech world, more companies are moving to a continuous value exchange, which is most often delivered as software as a service (SaaS), the business model pioneered by Salesforce and others. OpenDNS, which is now part of Cisco, operates this way. OpenDNS provides predictive security services that are continuously updated.

From a business perspective, the continuous value exchange model contributes to improved customer satisfaction and cash flow. Despite these benefits, the model doesn’t come naturally to organizations that grew up in another era. But with pluck and perseverance, Cisco has turned a corner. Acquisitions of AppDynamics, Perspica, Broadsoft, Springpath and other SaaS-styled companies helped Cisco transform. And so did some serious re-engineering. Take the company’s latest switch, the Catalyst 9000. Today, it is delivered as a service with subscription fees and lucrative, long-term contracts.

No wonder that with each passing quarter, more and more of Cisco’s value is being delivered as a repeatable service. In the quarter ended Jan. 27, 2018, recurring revenue increased by 36 percent, to 33 percent of total revenue. That’s up 2 percentage points year-over-year.

“It’s a great example of reinventing ourselves,” says Scott Brown, senior vice president of customer success at Cisco. “What was a traditional switching franchise for the company has turned into a subscription and recurring-revenue franchise for us and our partners. It’s taken off like a rocket.”

That’s certainly one way to look at it. Another is that transitioning Cisco from a transaction company into an “as-a-services” company was more akin to turning an aircraft carrier around in the ocean. It took some time, in other words. In addition to transforming its product portfolio, Cisco also had to rethink everything from compensation plans to revenue recognition strategies and more. Then there was the Cisco culture, which traditionally rewarded hunters more than it did farmers.

After some soul searching, Cisco recognized that it was very good at selling to new clients – “landing” in everyday sales parlance – but only mediocre at “renewing” them. Worse, it was downright poor when it came to “expanding” in an account that it had already penetrated.

This is where Brown comes in. A 21-year veteran of Cisco, Brown reports to Cisco Senior Vice President and Channel Chief Wendy Bahr. In his role as senior vice president of customer success, Brown helps devise plans and programs to help partners create better experiences for end customers. This tends to lead them to embrace more sustainable business models that produce recurring revenue. Cisco, Brown notes, has found that the more recurring revenue a partner generates, the more successful it tends to be.

How did these third-parties get so good at generating recurring revenue? One thing they did, Brown says, is build out a software practice. This includes developing value-added applications that sit atop Cisco’s collaboration or data-center platform, and honing skills around API integration. Top Cisco partners have also “verticalized” Cisco’s technology for key industries including government, education, manufacturing, mining and other fields.

In addition to helping partners complete their digital transformations, Cisco is spending millions of dollars helping them improve their customers’ experiences. Take Brown’s efforts in customer success. Before diving into his current role three years ago, he collected reams of market research to get an idea of what was considered best-in-class. He visited thought leaders including Salesforce and others around the industry. Afterward, his team came up with various pilot programs, which they tested in 2016 and 2017. The results surprised even longtime Cisco insiders.

Before the latest customer success plans were put in place, for example, the renewal rate on Cisco’s “Colab ELA” product was 63 percent. Afterward, they jumped to 97 percent. Similar gains were made in other product categories. In addition to increased customer retention, Brown’s team saw gains in cross-selling and upselling, too.

When it came to partners, Brown started slowly. Working with 90 or so different companies, Cisco developed a Customer Success Calculator, which revealed just how much more successful a VAR or MSP could be if it adopted a customer-success practice. With a practice in place, partners nearly doubled their software renewal rates. They also increased their “expand” sales, close rates and professional-services sales, among other things.

Propelled by his momentum, Brown persuaded CEO Chuck Robbins and the executive leadership team to invest in customer-success programs across the company. In all, Brown expects to spend as much as $100 million on programs and tools, and hire 500 new people to ensure their success.

The money and people will be devoted to high-touch sales in the U.S., inside sales, digital marketing and partner support. Among other things, Cisco has created two customer success certifications — an industry first, according to Brown. To date, partners have hired more than 500 customer-success managers. Ultimately, partners will employ more success managers than Cisco itself, Brown believes. (For more information, check out the Cisco SuccessHub, which is a one-stop shop for collateral, playbooks, webinars and more.)

Cisco also created something call Lifecycle Advantage, which is a program and tool set that help partners renew and expand their business with existing customers. The program effectively “digitizes” a partner’s marketing efforts. After piloting Lifecycle Advantage with 30 or so partners, the program expanded to include 300 in the first year. Now, more than 600 companies have joined, well beyond what Brown hoped.

Companies that have participated in Lifecycle Advantage and other programs have seen their renewal rates increase by almost a third. They also increased their “expand” sales by 10 percent. (For additional insights on how helpful the program can be, be sure to check out this blog written by Cisco senior warranty manager John Stone, which showcases how Insight leverages Lifecycle Advantage to manage its customers’ post-sale experiences.)

Cisco believes its customer-success programs can increase a partner’s return-on-investment (ROI) by as much as 400 percent over five years over a traditional VAR and systems integrator resale business.