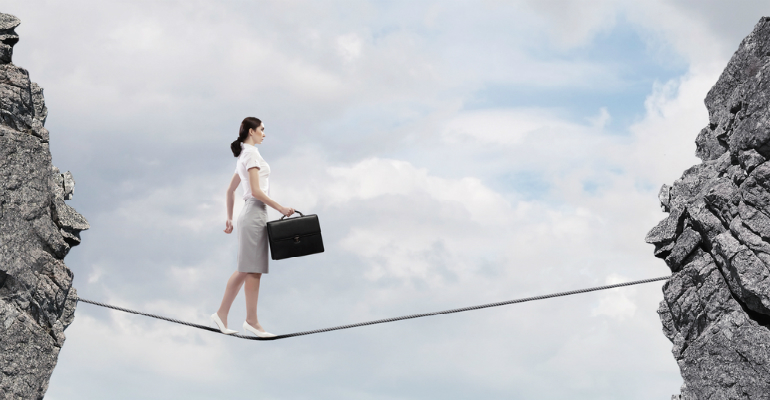 The 2 Sides of the Skills Gap Coin

The talent shortage hits the channel harder than most industries, but it also holds unique opportunities.

The technical skills gap is a source of worry in just about every industry. Now that every company is a tech company, businesses from manufacturing to retail to media and everything in between need talent with the technical chops to help them compete in a digital landscape.

While the Computing Resource Association (CRA) reports that enrollment in computer science university programs is booming, the fact is that with all of these organizations competing for the same talent pool, there are valid concerns about who is going to be able to afford the incentives to keep and retain technically skilled workers. In fact, a study from Capgemini and LinkedIn reveals that more than half of companies say they have already been impacted by the tech skills shortage.

In particular, the boom of cloud technology is throwing learning and development professionals for a loop, largely because the field is, despite its ubiquitousness, still immature. Alex Brower, vice president of marketing at Cloud Academy, says companies can be placed on a learning curve of sorts when it comes to cloud adoption. Down and to the left are those that are just starting to experiment with cloud, especially in heavily regulated industries like health care and finance that have been slower to move their data off-premises. Up and to the right are verticals such as media and marketing that made the leap years ago.

But even these cloud-savvy organizations are still figuring things out. Not everything, we are learning, belongs in the public cloud, or in the same public cloud, or housed in cloud solutions from the same few providers. According to Cloudify’s 2017 State of Enterprise Multi-Cloud Report, nearly 85 percent of multicloud organizations are managing up to four clouds, and some are using as many as nine vendors. As the amount of data continues to increase alongside stricter and more widespread regulations and concerns about data privacy, the need for highly skilled knowledge workers who can help organizations figure out what they’re doing with cloud is only growing.

“If you look at the sheer volume of product announcements on those couple of platforms and the rate of change there, the number of things that employees need to know to remain competent and stay up to speed is drastic,” says Brower. “The reasons for moving to the cloud for each organization have common threads: Everyone wants to be moving faster. Everyone wants to be optimizing spend. Even the best organizations are having a hard time with the pace of change.”

A CareerBuilder study from last year shows the skills gap is a serious issue. Nearly 60 percent of U.S. employers have job openings that stay vacant for 12 weeks or longer, according to the study, with the average cost incurred by having extended job vacancies sitting at more than $800,000 annually.

“The gap between the number of jobs posted each month and the number of people hired is growing larger as employers struggle to find candidates to fill positions at all levels within their organizations,” said Matt Ferguson, CEO of CareerBuilder, in a statement. “There’s a significant supply-and-demand imbalance in the marketplace, and it’s becoming nearly a million-dollar problem for companies.”

Within the channel, the skills gap plays out a couple of different ways. Many partners suffer from the same anxiety over talent as do organizations in any other vertical. The difference there is that channel partners’ businesses are built upon their ability to deliver technical advice and knowledge; there’s no wiggle room for a long learning curve. But unlike other industries, that skills gap challenge presents the channel with a lot of opportunity, too, as organizations look to save money by outsourcing their technical infrastructure needs to partners.

Randy Streu has a long career of working with partners trying to up their cloud game in order to stay competitive. Streu, who worked with partners at organizations like HP and Sumologic before joining Cloud Academy as vice president of global partners and alliances earlier this year, says in the past, he could generally break down partner types into three broad categories.

First, there are the “old school” value added resellers (VARs) and MSPs with no real enthusiasm for cloud adoption. These partners have a long, steady career of moving boxes to create reliable margins; they’re comfortable in their current space and not looking to take over the IT world. There’s still a need for this type of partner, to be sure, but Streu says in time these shops will cede their places to other partners that can offer more advanced cloud advisory services on top of servicing their clients’ basic IT infrastructure needs.

On the opposite end of the spectrum are new, born-in-the-cloud solution providers with 100 percent of their business based on cloud migration and cloud adoption. These young companies are the AWS and Azure platinum partners, the shops that are making a lot of noise around the cloud opportunity.

Most partners fall somewhere in the middle, bridging that chasm between traditional partners stubbornly clinging to a break-fix model and the new channel organizations that are all about that “next big thing.” These are the “trusted advisers” in the channel. They’ve guided their customers through each IT iteration over years or decades. These MSPs helped their clients virtualize when VMware came onto the scene. They set them up with SaaS applications like Salesforce. In addition to handling networking, communications, security, management of edge devices and other basic infrastructure needs, these “middle ground” shops are creating practices within their companies around migrations and cloud adoption.

The channel, therefore, falls along the same curve that Brower uses to situate where verticals sit in their cloud-transformation journey. There are partners just learning how to set up hybrid environments or migration best-practices. On the other end, there are those who learned those skills long ago and are now trying to figure out multicloud management, highly complex compliance issues, cloud application integrations and other leading cloud practices. The point, says Cloud Academy, is that no matter where you or your customers are on that curve, you’ve got a lot of learning to do. And as the pace of change continues to increase, and demand for technical workers along with it, the channel will be feeling the skills gap pain more and more sharply.

“Think of Moore’s Law,” says Streu, “which is essentially about velocity and variety of change. At AWS Reinvent in November, there were 61 new product releases across 15 different categories. That’s just at one event. There were 40 product announcements in February alone. There’s machine learning and AI and IoT and all these services to roll them out.”

So while customers are increasingly relying on partners to supplement their staff, service providers themselves are struggling to stay knowledgeable enough to provide the same level of value they have in the past. This is both the challenge and the opportunity that Cloud Academy wants to address.

The basic training consists of out-of-the-box education on AWS, Azure and Google Cloud, as well as the technologies and methodologies needed to build upon those clouds such as Docker and Kubernetes. There are skills assessments that show where staffs are lacking in skills, and real world, hands-on labs where students can practice implementing the tech in a live environment.

For partners, Cloud Academy offers another revenue opportunity in the form of client training. Clearly, partners want billable hours; that’s where they make the most margin. But at some point, partners have to be able to pass at least some portion of the actual management of the technology off to the client, or they’ll never be able to find new ways to add value.

“Partners can’t just be in there forever without teaching the customer to fish, so to speak. There has to be a handoff, and you can’t hand something off if they don’t have basic training,” says Randy. “The conversations I’ve been having, that’s resonated with the channel partners because they know they have to help the organization they’re working with transition and transform themselves.”

Partners can also create custom content tailored to a specific vertical or customer type. Cloud Academy helps partners interweave content with very specific training: machine learning on AWS for midsize biotech companies, for example. Partners can create their own IP – the Holy Grail of the channel – to leverage in their offerings using the Cloud Academy platform as a launchpad.

The channel is uniquely positioned to be hit hard by the skills gap, but also to profit from the opportunity it creates. No matter where partners and their clients fall along the cloud adoption curve, there’s always more to be learned in order to increase the value they can offer their customers.