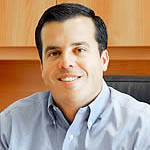 Remember to Thank Your Mentors

When All Covered recently acquired Compuquip's managed IT services business, it provided an inflection point for Eric Dosal and his family.

When All Covered recently acquired Compuquip’s managed IT services business, it provided an inflection point for Eric Dosal and his family. Dosal, formerly Compuquip’s CEO, now transitions to All Covered as managing director for the company’s Miami operations. Amid that transition, Dosal took a moment to thank those who mentored his family — folks like ConnectWise CEO Arnie Bellini and HTG Peer Groups Founder Arlin Sorensen. It’s a timely reminder: The best MSPs are networking up to build their businesses, support customers, and perhaps even craft exit strategies.

No doubt, most established MSPs know they can find peer expertise within their PSA or RMM (remote monitoring and management) user groups. And we cover the value of peer groups here on MSPmentor all the time.

But here’s the thing: I suspect less than 1 percent of MSPs have joined peer groups. And I also suspect fewer than 10 percent of the IT channel has adopted PSA software and other business automation tools.

Neither PSA nor peer groups are “magic bullets” that will guarantee you market success. But generally speaking, I suspect MSPs that run business automation software and network with peers outperform MSPs that prefer to work in a vacuum.

Without effective networking and peer collaboration in place, I doubt Dosal and his family could have planned and executed the Compuquip’s recent managed IT services sale to All Covered.