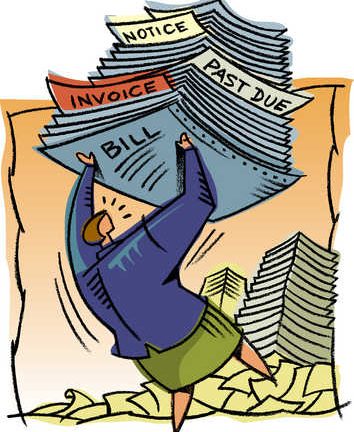 The spark for this blog entry occurred during dinner with an MSP software executive a few days ago. The executive shared with me the following list of concerns:

Three MSPs (one in California, one in Texas, one in North Carolina) tell me the unpaid invoice issue has grown from a minor annoyance into a major cash flow problem since around May 2009.

It’s a vicious cycle, proving that MSPs and their software providers will ultimately sink or swim together. In extreme cases, SaaS providers are turning off their services to selected, unresponsive MSPs that show no signs of paying their bills.

The web is filled with guidance on this issue. As GriswoldLAW points out:

“The longer this delinquent debt sits, the harder it is to collect.”

And this debt-collection advice, offered by MoreBusiness.com during the dot-com implosion, certainly remains time.

Recession Proof? Not Quite

Generally speaking, MSPs continue to weather the economic storm better than traditional break-fix folks. But this “myth” that MSPs are recession proof and riding high during the recession has to end.

As CNNMoney pointed out in February 2009:

A new analysis of Small Business Administration-backed loans found that the failure rate has hit the double digits, with 11.9% of the SBA’s loans last year going into default.

Are your small business customers struggling with debt and therefore failing to pay your invoices? Is it time to cut them loose? Or can you find a way to have them pay up and keep them on your customer list?