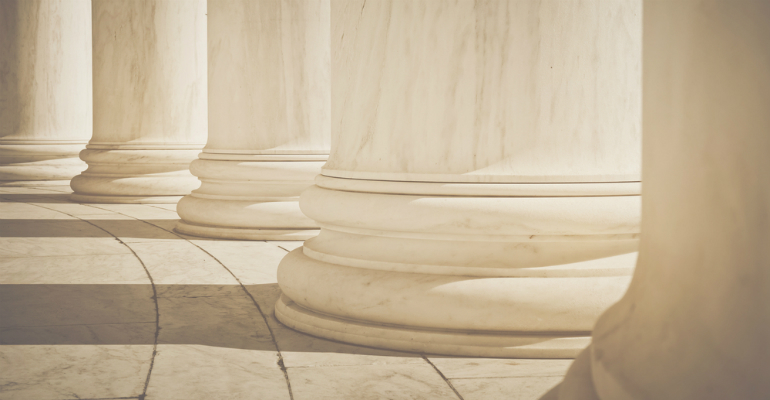 MSPs providing cloud services may find that Azure is now both a competitor and an ally.

Microsoft’s March 5 announcement about the integration of Azure Stack and Azure Government might prove important to MSPs servicing both government and enterprise customers.

Microsoft is pursuing a new ideology when it comes to cloud services, one that entails creating a hybrid cloud service that doesn’t need any access to the outside world. That shift in integration proves very useful for businesses and government agencies seeking to leverage cloud technologies, while also meeting compliance and other requirements that highly sensitive information is protected.

“Quite literally we’ve designed Azure Stack with the scenario of a submarine in mind,” Tom Keane, Microsoft’s head of global infrastructure for Azure, told Reuters.

With that in mind, numerous use cases come to light, ranging from military bases to embassies to military contractors, potentially creating a world of opportunities for MSPs looking to expand their hybrid cloud offerings. Yet the question remains, how will the new offerings impact MSPs that are enrolled in Microsoft’s Cloud Solution Provider partner program and those that are not?

“As an organization that provides hybrid cloud services, Microsoft has just helped to legitimize the idea of a secure, hybrid cloud — something that many organizations thought was an impossibility,” said Raj Mehta, president and CEO of Infosys International, a Plainview, New York-based government integrator.

Therein lies the advantage for both Microsoft partners and non-partners. By offering a hybrid-cloud solution that supports running the Azure stack on-premises, Microsoft has effectively legitimized the concept of a secure hybrid cloud. It’s a concept that allows MSPs and developers to make use of cloud technology that does not rely on a normal cloud environment. The opportunities here are evident to Microsoft as well.

“In fact, there are a huge number of industries in which information is highly sensitive and where an off-site cloud service is problematic,” added Keane. “One such industry is pharmaceuticals, in which the levels of secrecy rival those of the best intelligence agencies. But there are other industries where having your data flow through the public internet to a cloud run by somebody else could be a problem, ranging from financial services to aerospace.”

With the new offering, there is nothing to preclude keeping the Azure stack isolated from the outside world; MSPs are able to set up the Azure Stack on-premises, yet also still have it integrate with Azure as a cloud service. That combination can support industries where internal traffic, such as that generated by manufacturing systems, can be run on a low-latency, high-speed cloud, while less critical systems are moved over to the public cloud to reduce overall operational costs. MSPs need to be aware that Microsoft’s Azure isn’t the only game in town for integrating the public cloud with an on-premises cloud solution. Amazon Web Services offers hybrid clouds for the enterprise, which is available to MSPs under the AWS Channel Reseller Program. Much like Azure, AWS GovCloud supports an implementation of an isolated instance of cloud services, which are not tied to the outside world. One notable user of GovCloud is the CIA; however, that particular agency doesn’t provide any information on what it uses GovCloud for.

Thanks to both Microsoft and AWS, MSPs now have a legitimate path to create private clouds that support security and privacy needs and make cloud services available to isolated environments. What’s more, if necessary, those environments can be connected to the public cloud, meaning that there is a viable path for expansion and scale. Both of those services provide realistic ways in which MSPs servicing the government can use cloud technologies. Especially considering the difficulty of finding capital resources in the government, hybrid cloud services prove to be a viable path to modern technology.