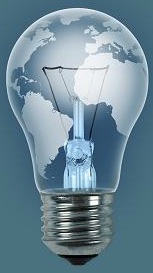 The early reports were accurate: Gateway and Level Platforms today confirmed a multi-year relationship to promote managed services across Europe, the Middle East and Africa (EMEA). This is the latest in a growing list of deals involving North American MSP software companies accelerating their international efforts.

The early reports were accurate: Gateway and Level Platforms today confirmed a multi-year relationship to promote managed services across Europe, the Middle East and Africa (EMEA). This is the latest in a growing list of deals involving North American MSP software companies accelerating their international efforts.

Preliminary details about Gateway’s managed services strategy surfaced in February 2009. Then, word of an apparent Gateway-Level Platforms partnership spread on May 18, 2009.

According to a press release issued today:

“Level Platforms and Gateway will provide Gateway Managed Services as a comprehensive solution targeted to tens of thousands of IT consultants, dealers, systems integrators and solution providers supporting the IT environments of millions of small and midsized business throughout the region.”

At first glance, Gateway was best known as a niche PC company in North America. But take a closer look and remember that Gateway is now owned by Acer — the powerful Taiwanese computer maker, as BusinessWeek notes.

Still, Level Platforms faces plenty of competition on the international front. Practically all of the major MSP software providers now have branch offices and partners in Europe, the Middle East, Asia and Australia.

But links between major hardware providers and software companies have me intrigued. In additional to the Gateway-Level Platforms deal, we’re watching Intel’s connection to N-able. Intel uses N-able’s software as the foundation for the chip giant’s Multi-Site Director, a managed services platform that will eventually blanket all of Europe.