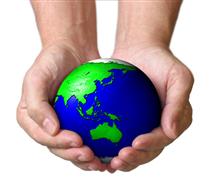 Ingram Micro Seismic, one of North America's largest Master MSPs (managed service providers) is planning to expand its services to Europe, Australia and New Zealand. The only question: When?

Ingram Micro Seismic, one of North America’s largest Master MSPs (managed service providers) is planning to expand its services to Europe, Australia and New Zealand. The only question: When?

During an MSPmentor Live: Podcast earlier today, Ingram Micro Seismic VP Justin Crotty confirmed the company is planning an international managed services push. But the big challenge is timing the move based on various economic and financial modeling.

I suspect Ingram Micro Seismic’s move into Europe, Australia and New Zealand won’t happen before 2010 — but that’s only my best guess. Listen to the podcast yourself to see if you hear any clues in Crotty’s voice.

Still, I think Ingram Micro Seismic may have an easier time going globle than traditional MSP software companies. As Seismic comes online in each new country, Ingram can leverage its existing global reseller database to recruit MSP prospects into the Seismic program.