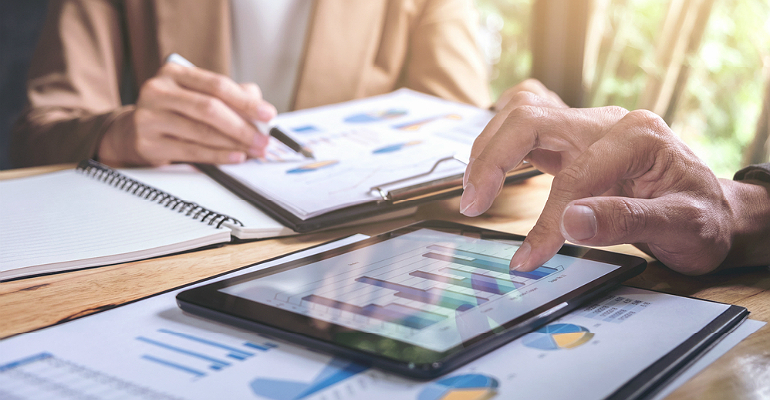 How to Make Your MSP Attractive to Investors

Here's how to make your MSP a hot commodity for investment firms.

Over the 29 years that his managed services consultancy has been in business, Lloyd Wolf has deleted more email and voicemail from potential investors than he can count. Giving up ownership and control of the business he worked so hard to build held zero interest for him.

But over the last couple of years, Wolf, founder and CEO of Pittsburgh-based Wolf Consulting, has been thinking a lot about his personal goals. He’s by no means ready to retire tomorrow, but he doesn’t want to work forever. Wolf has been involved with HTG Peer Groups – a consulting, coaching and peer-group organization that business management software provider ConnectWise recently acquired – since 2010, and recently they’ve been talking a lot about how to plan a legacy.

“Arlin [Sorensen, former CEO of HTG who now heads the group for ConnectWise], stressed to us that we need to plan for the day we’re no longer running or owning our business and helping us understand what goes into that calculation,” Wolf says. “For me, I didn’t want to exit the ownership of my business until I could hit my ‘personal lifetime income goal’ number. If I’m going to have risk, I want it while I’m running the show.”

Wolf has built a healthy, profitable business and takes a salary and a share of profits to set aside for retirement. But a huge part of his personal wealth was tied up in the company. When Sorensen began to urge him to think about the gap between his savings and what he needs to retire, Wolf knew the time had come to start answering those investor inquiries.

It took a couple of years before Wolf started to get the kind of offers he needed to reach that magic retirement number, but once investors began to meet his asking price, he discovered something important he hadn’t considered before.

“Selfishly, I’d only been thinking about ‘Lloyd’s wallet’ before that. But these offers were going to implement drastic changes for the business,” he says. “We could have been acquired by a larger MSP, but we would have become the ‘Pittsburgh branch’ of that company. That might be fine for others, but I was trying to preserve ‘business as usual.’”

Wolf wanted to keep the company together, keep its core values intact, keep jobs for all of its current employees, keep the software tools his team was used to using, and keep Wolf Consulting’s current service offerings and pricing for its clients.

He admits that he wanted his cake and to eat it, too: He wanted his personal financial goal, but also to be able to take care of his employees and preserve the company he’d spent three decades building. That’s when he found Evergreen Services Group.

“The skies parted and the angels sang. It was the match I’d been looking for,” he says.

Just like in a personal romance, Wolf says, he knew he’d found “the one” and that he wanted to go all in. And the feeling was mutual.

“Our expertise is partnering with founder owner-operators and walking them through that first experience going through a transaction like this and really preserving their legacy,” says Jeff Totten, CEO at Evergreen Services Group, a portfolio company within Alpine Investors. “We’re growth investors.”

Evergreen’s investment philosophy is exactly what Wolf wanted to hear: growth through “business as usual.”

The Time Is Ripe for Channel Investments

San Francisco-based Alpine’s focus is on business services companies, and Totten says it was the perfect time for the investment group to expand into managed IT services. For years, Totten looked at the market and saw practices driven by hardware resale. For Alpine, which places enormous value on recurring revenue, the channel was just never a good fit — until recently, when managed service providers (MSPs) turned their focus to recurring software, infrastructure and services resale.

Alpine set Totten and Evergreen up to pursue the MSP market in 2017, and the division has already closed two deals. In addition to Wolf Consulting, Evergreen also invested in a Utah-based MSP called Executech, announced this week.

Totten has a short and specific list of attributes he requires of channel firms before he’ll consider having a conversation. First off, Evergreen wants market leaders within specific geographies. If a market is growing by 10 percent, Totten reasons, then odds are the No. 1 player is growing at a much higher rate. That’s an indication of high levels of customer satisfaction and a solid brand reputation, which aren’t factors that Evergreen takes lightly. Totten says that a company’s net promoter score (NPS) is something the investment group cares about deeply.

Evergreen also specifically looks for companies that target the SMB market because those MSPs are often the complete IT department on behalf of its customers.

“That reduces the risk of being displaced by an internal IT department or by other vendors,” says Totten, “because you aren’t just providing a point solution solving one problem. You have to be a strategic partner to customers across an entire range of IT needs.”

Totten says that the financial concerns Wolf had are typical of what founders and owner-operators want to see from an investment offer — what Wolf called “Lloyd’s wallet.”

“Let’s not beat around the bush. A key consideration is around the valuation and structure of the investment.” Evergreen’s approach is as straightforward as possible, avoiding questions arising out of complexity. The group prefers to deal in cash and is always up-front about what it’s willing to pay.

Wolf’s other major concern is also right up there at the top. Founders want to know what’s going to happen to their employees and their legacy. Totten says he gets a lot of questions about whether the MSP will retain its name and values, and if its employees will be taken care of.

Start Planning Now if Investment Is Your Exit Strategy

Once Wolf started returning calls and emails from potential investors, it wasn’t long before he began to notice a pattern in their questions. It all came down to four basic questions, he says:

Sure enough, Totten says these are exactly what Evergreen is looking for in investment opportunities.

“Value is directly correlated to a growing customer base, revenue and profitability,” says Totten. “There are no easy paths to increasing valuation. It’s an output of the quality of the business you’ve built in terms of customer satisfaction, the number of customers you have, and your revenue and profit.”

Still, he has some tips for MSPs looking toward investors as an exit strategy. Top among them is that founders simply have to learn to give up some control. A lot of MSP owner-operators want to wear all of the hats. They do all of the sales, lead operations, serve as spokesperson for the company, and, often, still serve as the technical point person for early customers. Totten looks for founders who have built a team that takes on those responsibilities so they can focus on guiding the business through the next phase of growth.

In the early stages of considering taking outside investments, owners should start to have conversations with investors like Evergreen, says Totten. Even if they aren’t ready to talk hard numbers, they can get a good idea of the questions they’ll be asked and the concerns investors have.

Wolf has seen a definite uptick in the number of those emails and voicemails that he used to regularly delete and says it’s a good time for service providers to start thinking about taking outside investment. Now that the channel is focused on increasing recurring revenue, it’s becoming attractive to people outside of the MSP market.

“No longer is it just service providers looking to acquire other service providers. Now we also have the presence of private equity or investment firms not necessarily in the managed-services business looking to make investments,” he says. “I’ve not seen that level of activity from that population of investors before.”