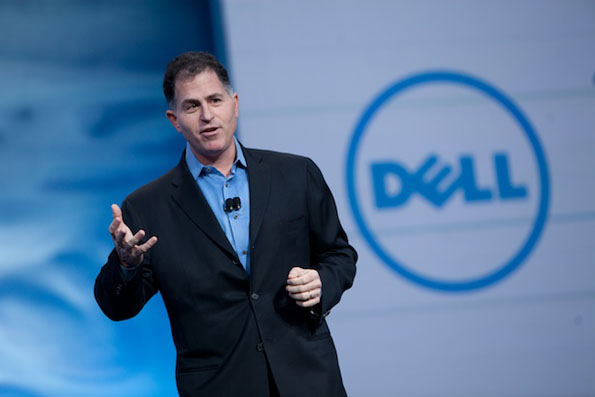 Less than a week after rumors of a possible Dell buyout of EMC (EMC) rocked the tech world, Michael Dell and company confirmed the acquisition, which is expected to close for a record-breaking $67 billion.

Less than a week after rumors of a possible Dell buyout of EMC rocked the tech world, Michael Dell and company confirmed the acquisition, which is expected to close for a record-breaking $67 billion.

The purchase was announced in a press release and subsequent investor call this morning, where Michael Dell and EMC Chairman and CEO Joe Tucci discussed the purchase at length.

EMC stockholders are set to receive $33.15 per share, with $24.05 of said earnings in cash and approximately 0.111 shares of new tracking stock for each share, according to the announcement.

Dell is already boasting that its latest acquisition will allow the company to create “the world’s largest privately-controlled, integrated technology company,” with access to several of the most lucrative technology markets, including servers, storage, virtualization and PCs, among others.

“Our new company will be exceptionally well-positioned for growth in the most strategic areas of next generation IT including digital transformation, software-defined data center, converged infrastructure, hybrid cloud, mobile and security,” said Michael Dell, in a statement. “Our investments in R&D and innovation along with our privately-controlled structure will give us unmatched scale, strength and flexibility, deepening our relationships with customers of all sizes.”

Dell plans to finance the deal with assist from MSD Partners and Silver Lake. The company will also allow VMware (VMW) to remain as an independent, publicly traded company, which could provide massive dividends for Dell and help the company recover some of the hefty purchase price down the road, according to The VAR Guy.

So long as the deal nets the necessary approval from the boards of both Dell and EMC, Michael Dell will lead the combined company, according to Forbes. Dell’s headquarters will remain in Round Rock, Texas, with EMC to remain stationed in Hopkington, Mass.

“I’m tremendously proud of everything we’ve built at EMC – from humble beginnings as a Boston-based startup to a global, world-class technology company with an unyielding dedication to our customers,” said Tucci. “But the waves of change we now see in our industry are unprecedented and, to navigate this change, we must create a new company for a new era.”