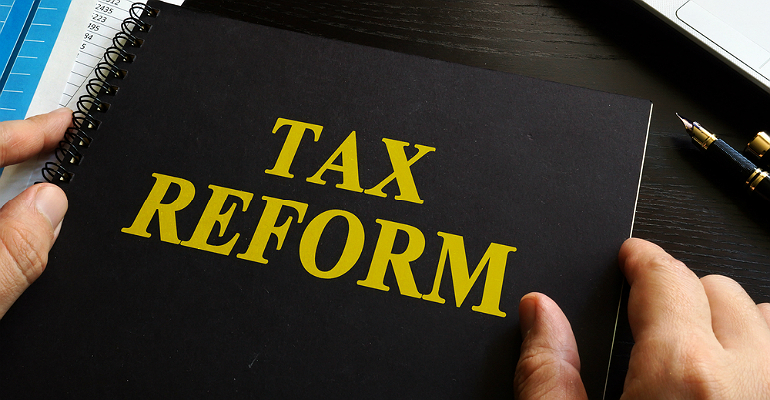 Dell Technologies is taking a tax-law hit and rethinking its financial future.

Back in 2013, Michael Dell called his company the world’s largest startup. That was after he took it private, a $24 billion deal that was a nasty battle. Just three years later he acquired EMC for a whopping $67 billion with help from investment firm Silver Lake. All the while, Dell glowed about the agility that going private afforded the mammoth tech giant.

Is Dell really about to change course? Maybe.

However, weighing in only on information that’s public, Kevin Rhone, senior strategic consultant at Enterprise Strategy Group (ESG), says it appears that Dell is addressing the financial structure of its business.

All the talk about Dell going public – a reverse acquisition, IPOs, new acquisitions – is the company figuring out what to do about its cost structure and how it operates. What partners need to know is that Dell’s fate, or theirs, isn’t currently about how they go to market or how the company partners with them.

“What I would tell partners is not to get too worked up,” Matthew Eastwood, senior vice president, enterprise, data center and infrastructure business at IDC, told us.

Rhone agrees, noting that Dell Technologies has a broad and deep portfolio.

“We’ve taken a close look at investments being made [in the channel], the combination of the [partner] programs, [and] the focus on bringing the Dell ecosystem and the EMC ecosystem together. [It’s] still playing out, but all of that combined, and their willingness to invest in digital transformation and a variety of other things, still presents a strong business case to the partner,” he said.

The last thing that Dell wants is for this to be a distraction for partners or customers; of course, it will be.

It appears that Dell’s financial woes came to light after President Trump signed the new tax bill into law last month. Prior to the vote on the bill, Dell fought against making any changes to limits on interest deductions (30 percent of earnings before interest and taxes). Dell, a highly levered company, fell on the wrong side of the final tax-debate decision.

What the tax-bill decision means to the company is its ability to deduct interest from its taxes; Dell reportedly pays about $2 billion per year in interest on the approximately $46 billion it borrowed for the EMC acquisition. Even if Dell isn’t retiring debt, it needs to pay the annual interest loan payment just to maintain status quo. The new tax law effectively increased the cost of the EMC acquisition.

Back in March 2016, Dell sold its IT services unit for $3 billion, and just months later, sold its software division for more than $2 billion to help with EMC acquisition costs. Selling other pieces of the company, such as Pivotal Software – worth $5-7 billion, according to Bloomberg – could help Dell bring down the cost of its higher debt. Buying up its remaining interest in VMware is another option. Dell owns 80 percent of the company.

The latest financial finagling is talk of a reverse acquisition, first reported Monday by CNBC; in this case, VMware buying Dell Technologies. This move, reportedly, allows a company to become publicly traded without having to go through the rigmarole of an IPO, yet gives it the ability to raise cash.

Ron Nash, CEO of Pivot3, notes that the tax rules changed for Dell and he gives the company a lot of credit for reacting quickly.

“Dell is a giant company, and we all expected it to be public at some point in time anyway. So it’s no surprise that they’re talking about doing something like that. I think the timing changed at least in part to the tax changes,” he told us.

While there’s no clarity on how Dell’s story will play out, partners were already aware of Dell’s storage business struggles. In November, Dell replaced global channel chief John Byrne with Joyce Mullen, and Byrne was put in charge of Dell EMC North America commercial sales. This was in large part to light a fire under storage sales.

“What the company did last year was [make] it easy for the field – channel and direct sales folks – to retire quota by selling lower margin servers, and as a result, the storage business suffered,” he said.

Expect to see the vendor dial back on this strategy.

“The goal is to grow at least on market in storage and to outgrow the market in servers, but not by giving up share in storage,” Eastwood added.

Anyone that’s followed Michael Dell knows he doesn’t want the company to go public, given the flexibility and advantages it gives him. But, given the financial environment, it’s becoming apparent that the vendor is considering all options.

While everything is speculative, the only worry for partners, says Rhone, “is if Dell’s ability to invest for the benefit of the partner is impacted.”