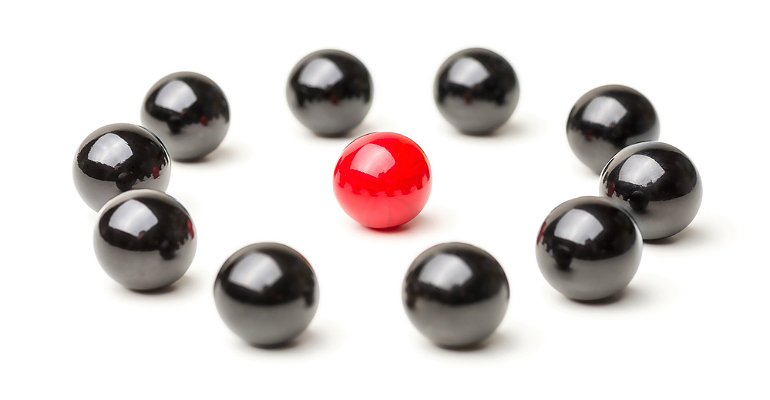 We got the chance to pick the brains of MSPs in Los Angeles this week, where Intrust IT, No. 233 on this year's MSP 501, led a wide-ranging discussion.

Datto, the backup and disaster-recovery provider, spends an enormous amount of energy and resources staying connected with the managed services community.

In addition to its larger conferences such as DattoCon, the company sponsors smaller, localized events throughout the year with its Datto Roadshow series. The events serve a dual purpose: to educate managed service providers (MSPs) about Datto tools and features, and to give partners a forum to talk with their peers about the practical business of running an MSP. On Tuesday, Channel Futures joined Datto employees, event sponsors and Chad Adams, vice president of operations for Intrust IT (No. 233 on the 2018 MSP 501 list), in Los Angeles, to talk with more than 50 MSPs about challenges they’re facing in their businesses.

Originally started as a way to get more face time with current Datto partners to nurture relationships and communicate about products and services, the roadshows today are open to any managed service provider looking to get some insights from the company’s partner community. They are the brainchild of Christine Gassman, Datto’s director of global channel engagements, who is continually amazed by how much of the provider’s current partner base doesn’t know about many of the free resources it provides, despite all of the communication channels through which it pushes its message. For some MSPs, nabbing them in person is the most surefire way to make sure they know about partner tools like marketing automation, training and marketing development funds. But talking about what Datto can do for partners is only part of what these shows are all about.

In L.A. this week, I joined Intrust IT’s Adams in a wide-ranging conversation with attendees. Leading up to the publication of the 2018 MSP 501 in advance of Channel Partners Evolution, Oct. 9-12, in Philadelphia, I asked partners to open up about challenges they’ve faced or successes they’ve had with things like pricing offerings, vetting clients and selling prospects, among others. Adams’ openness about where Intrust IT has hit upon a winning formula prompted others to let down their guards and talk freely about what they’re seeing in their own practices. Here are some highlights.

Know Your Way Out

We’d like to think that every client engagement is perfect and will last forever, but the truth is that every contract should have a way out for both MSP and client. Intrust gives all of its customers a 60-day out, but if the contract necessitates the MSP laying out a bunch of cash for upfront for hardware they’ll then provide as a service, that clause is on a sliding scale. The further away from the contract start date, the lower the price of exiting it in order to pay for that hardware.

“We’re getting into those more and more as people are more and more willing to sign those hardware as a service agreements,” says Adams. “With those, you have to protect yourself should they decide to use that 60-day-out clause so that you can cover your costs with that hardware.”

Know When to Walk Away

Datto’s business-continuity promise is certainly more appealing to certain customers over others. Small retailers using iPads and Squares to process credit-card payments take a big hit when the internet crashes, for example, and so they value that redundancy. Verticals like manufacturing that have long understood that when the line isn’t running, they aren’t making money, are clearly willing to invest heavily in keeping things up and running. If a prospect starts asking what the price of a contract would be without the business-continuity portion, it’s a sign that an MSP might not want to sign them as a client.

“They’re clearly not putting much value into what I’m bringing, which isn’t a help-desk service,” he says. “It’s keeping your [business] up and running and keeping your employees efficient. I use that as a red flag.”

Know How to Price

By a show of hands, a little more than half of the audience said they charged per device. Most of the rest charged per user, with a handful saying they charged on a hybrid of both. I asked the question as a way of investigating how attendees presented their value to prospects. Do you quantify your offerings in terms of hardware or people?

The answers and explanations were as varied as the partners themselves. A standard package and repeatable offering with a flat price structure works best for one MSP specializing in accounting firms, but for the service provider supporting clients in the entertainment industry where everyone wants everything customer-tailored to them, such a structure would be a death knell. Whichever way you cut it, the takeaway is that it’s critical to talk about people and strategic objectives, and not about devices.

“If I could leave here stressing one thing … if you’re having conversations with companies about technology, about the actual physical hardware, you’re doing it wrong,” says Adams. “Most [business] owners don’t give a crap about a laptop, but they care about their employees. That’s why [charging per user is] an easier discussion for us personally [than per device]. We’re talking about people, not hardware.”

Business can only improve when there’s a forum to have a free and open exchange of ideas, discussion of challenges and sharing of best practices. That’s why peer groups such as HTG and Robin Robins are so popular among the MSP 501. As partners learn from one another’s mistakes, the whole industry evolves for the better. For MSPs that don’t have the resources to invest in such peer-group communities, forums like the Datto Roadshows serve an important function in the channel.

And it doesn’t hurt Datto to get MSPs together to talk among themselves, either. If they’re currently a Datto partner, they can help one another succeed. If they aren’t, they’re exposed to a bit of evangelizing, but then get real value from the discussions that happen at these events, which helps pave the way for a hopeful future partnership.