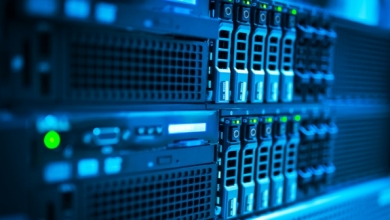 Intent-based networking might sound like a lot of hype today, but it's not. Partners need to put learning about it on their to-do lists.

When industry giants like Cisco use words like “breakthrough” and “biggest innovation” to broadcast their latest technology road maps, the market sits up and pays attention. This happened last June at Cisco Live, held in Las Vegas, when the company talked about intent-based networking, and again this week when it announced the next phase of its intent-based networking at Cisco Live EMEA in Barcelona.

While Gartner doesn’t predict mainstream adoption of intent-based networking before 2020, the level of interest and curiosity about it is on the rise. And, for all intents and purposes, there’s no time like the present for partners to jump in and start learning about it.

So, what is intent-based networking? Gartner definition: a piece of networking software that helps to plan, design, implement/operate networks that can improve network availability and agility — or think of it as life-cycle management software for networking infrastructure. Now insert concepts like “smart,” “intelligent” and “automated,” and you begin to get the picture.

According to Cisco, an intent-based network bridges the gap between business and IT. It captures business intent and continuously aligns the end-to-end network with that intent. Intent can apply to application service levels, security policies, compliance, operational processes and other business needs. To sum it up, intent-based networking is a network that predicts, protects and adapts.

This week, Cisco introduced what it calls the second wave of intent-based networking innovation with assurance products that span its networking portfolio. Those products are: Network Assurance Engine for the data center; DNA Center Assurance for campus and branch networks; and Meraki Wireless Health, for customers with distributor IT operations.

“These powerful new software innovations for the data center and enterprise focus squarely on assurance, ones that will enable the network to quickly identify the root cause of the toughest wired and wireless networking problems – real-time or historical – with suggested remediation to drive up productivity,” Scott Harrell, senior vice president and general manager, enterprise networking business at Cisco, wrote in a blog.

What does all of this mean to partners?

For starters, Cisco isn’t the first vendor out of the gate in the intent-based networking arena. The vendor has company: Apstra, Forward Networks, Veriflow, Waltz and Intentionet, to name a handful.

In December, Juniper Networks announced Juniper Bots, a series of applications that simplify network operations by translating intent into automated workflows, as well as updates to the Juniper Extension Toolkit. The vendor said that this latest product announcement moved service providers, enterprises and cloud providers closer to fully realizing the promise of The Self-Driving Network.

“Intent-based analytics (IBA) is Apstra’s latest innovation in a network operator’s journey to eliminate network outages and gray failures, reduce cost, and build a modern, agile, multi-vendor intent-based data center network,” said Mansour Karam, Apstra CEO and founder. “With AOS IBA, network operators can quickly detect and prevent a wide range of service level violations — including security breaches, performance degradations, and traffic imbalances,” he added, touting the software’s vendor-independent, intent-based analytics capability that works across devices from both established vendors and open alternatives to bring the industry closer to, what he calls, the vision of a Self-Operating Network.

It’s not the vendor’s first product. It introduced its Apstra Operating System (AOS) in June 2016. Channel partners not only need to start educating themselves about intent-based networking, but also need to keep a finger on the pulse of the vendors they work with to understand their strategies.

Think of intent-based networking as a journey. That’s the approach the Enterprise Strategy Group (ESG) takes in its latest report – The Journey to Intent-based Networking – released in January and commissioned by Cisco.

Bob Laliberte, senior analyst at ESG and report author, not only outlines the benefits associated with intent-based networking – agile and responsive network environment, rapid scale, efficient use of highly skilled resources, improved customer experience, threat detection and containment, and accelerated cloud adoption – he also details 10 principles for getting started with it.

The biggest mistake partners can make is to do nothing and sit back and wait until the market matures — because your competitors are likely to take a more aggressive approach.