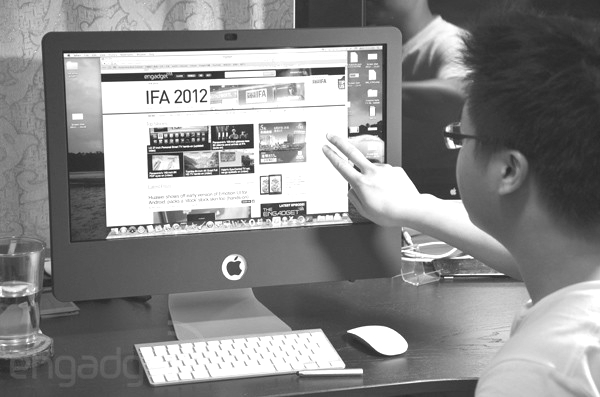 Earlier reports in September said Apple already had begun to ramp up production of the unit, which features a 4096 x 2304 screen. The system is expected to generate sales of up to 1.5 million units in calendar Q4, according to Taiwan-based supply chain providers, MacRumors said.

The design of the updated iMac isn’t expected to change much but the hardware specs, featuring a faster graphic card, are said to be improved along with the Ultra HD display. Apple’s OS X El Capitan is expected to be pre-loaded onto the machine.

Additional features such as Force touch technology, a new Bluetooth keyboard and better battery life, may be included as well, 9to5Mac reported.

The 21.5-inch model iMac hasn’t changed since September 2013 other than adding a low-end entry to the lineup more than a year ago.

MacRumors reported that word of a Retina update for the 21.5-inch iMac surfaced as early as June along with buzz that Apple plans to introduce the model late in Q3 or early in Q4. Now, the expectation is the vendor will begin taking orders for the system in late October and schedule early November to begin deliveries to customers, MacRumors said.

Word of the impending 4K 21.5-inch iMac comes on the heels of Apple’s September extravaganza in which it unwrapped the iPhone 6s and 6s Plus with new 3D Touch technology running on a wicked fast A9 chip, the 12.9-inch iPad Pro featuring a 2732 x 2048 pixel display running on an A9x 64-bit chip, a 7.9-inch iPad Mini, an updated version of its Apple TV set top box and a new edition of the Apple Watch.