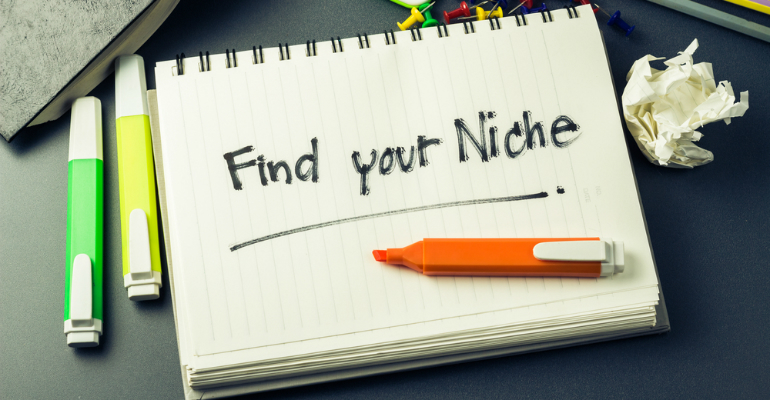 Proof that ‘Niching’ Works Wonders for IT Services Businesses

For marketing pros, a “niche” is defined as a small, specialized section of a target audience or group — a very particular segment of the population. But a niche is also something far larger and more important for MSPs and consultants that have built specialized products and services unique to their businesses. It represents something that nobody does in quite the same way you do.

To put it another way, niching isn’t about your audience. It’s a reflection of the business you’ve worked hard to build. Over the last two decades, I’ve worked with more than 100 services businesses, each with similar foundations but that operate in totally unique and, quite frankly, special ways. I’ve seen firsthand the benefits that niching has to offer, and I’ve been privileged to help people take advantage of this practice.

Out of all of the clients that I currently work with, there’s one in particular that comes to mind when I think about niching, a managed cybersecurity provider. For a while, they were having a pretty significant amount of trouble getting any leads besides those generated through good, old-fashioned world of mouth. This was true even though they knew they had an amazing vulnerability assessment service that provided a ton of value to just about every customer.

In fact, even though this client had contracts that were valued in the millions of dollars, they had never generated a lead through their website. Clearly, something was wrong.

They hired a sales person. They created a referral program. They even hosted networking events (“Wine Wednesdays” were a hit with the local business association). They tried everything. None of it seemed to work. Why? Because they were finding out the hard way that going “broad” is already a losing strategy before you even have a chance to begin.

The Power of Focus

I’ve always believed in the core power that niching brings to the table. So when this particular client came to me, I encouraged them to throw out everything they thought they knew and focus in on the clients with whom they had the best relationships — that means the clients that they provided a ton of value to, yes. But also the ones who paid on time and who were the absolute best to work with.

When this provider sat down and examined things from that angle, one core segment rose to the top pretty quickly: government contractors. In a lot of ways, this made perfect sense; many of the provider’s own employees were ex-government themselves.

But identifying this group wasn’t the end of the process. In a lot of ways, it was only the beginning. Once we had that proverbial lighthouse in the distance to focus on, everything changed pretty quickly. Not just in terms of whom we were targeting with ads; the entire way they presented their offering was suddenly evolving. That’s because once we had zeroed in on a particular niche, the provider was able to focus and learn as much as possible about the key pains within that niche.

That perspective – that insight – is the true power that only niching can bring to your organization.

We uncovered a great deal of information pretty quickly. Such as, a key compliance deadline (NIST 800-171) was approaching, and almost all government contractors were concerned about it. We also realized that the client’s own vulnerability assessment – the one I mentioned earlier – was already a perfect fit for helping government contractors take their first step toward becoming NIST 800-171 compliant.

This is a level of insight we wouldn’t have had any other way, but now that it was there, our path became instantly clear. Armed with our new in-depth, specialized knowledge about NIST compliance, we were able to target our messaging with clinical precision. Instead of writing general content about why security assessments are important, we could contextualize the topic against the backdrop of NIST compliance and offer something far more valuable instead.

Instead of offering a typical “security assessment” as our main conversion driver, we began to offer a NIST consultation instead — one that just so happened to feed back into the vulnerability assessment. This new level of specificity helped a great deal, allowing our content to rank very highly in search engines like Google and generate a massive amount of traffic along the way.

Because we also made an effort to guarantee that the content was as strong as it could possibly be, and because we suddenly had a call to action that was beautifully clear, the client’s conversion rates went way, way up. Instead of targeting the largest possible audience with a low level of effectiveness, we went after a smaller slice of the pie and earned the attention of a huge number of people. If nothing else, niching proved that it’s not about going after every single customer who may, possibly, hopefully, be interested in you and what you offer. It’s about going after the right customers with the right message at precisely the right moment.

THAT is what niching can do for you. Once you’ve seen it in action, you’ll wonder why you ever chose to live without it.

At the end of this process, the results more than spoke for themselves. We took a client who, again, had literally never generated a single lead from their website to a place where they found themselves generating dozens of leads in a single month. But the best part is, now they’re in a cycle. Because they specialize in helping government contractors, they keep learning about the new pains that contractors have. Because of that insight, they can develop new solutions, cross-sell and up-sell, thus allowing them to focus their message even more and create more leads along the way.

Plus, they’re finding newer and more specific opportunities to reach customers. They contribute guest blog posts to the sites contractors frequent. They attend more specialized events. Niching helped them create a reputation that they never had before, and over time, they’ve been able to build and hone that reputation even further.

This is where the “snowball effect” kicks in, in the best possible way. Once you pick a niche, you gain momentum within it. That momentum then feeds into itself, making it faster and stronger and better all the time.

This is just one example of a client who I’ve worked with that niching benefited a great deal. There are many, many others. But this is why it has always been and always will be a core belief at my MSP marketing agency. We’ve already helped more than 30 managed service providers gain clarity and direction with their marketing this year using techniques like this one — and the year is only half over. All of us are very excited about what the next six months (and beyond) will bring them.

Nate Freedman is the owner of Tech Pro Marketing, where he helps MSPs and other IT-related businesses realize the full power of niching through strategic digital-marketing campaigns.