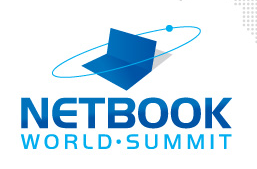 Netbook World Summit: Worth A Look?

The Netbook World Summit (NWS) is coming to town. That is, if you live in Paris, France. December 8th 2009 will mark the 2nd year of the annual Netbook Summit. It's an international conference designed to chat, engage and examine the emerging netbook market.

The Netbook World Summit (NWS) is coming to town. That is, if you live in Paris, France. December 8th 2009 will mark the 2nd year of the annual Netbook Summit. It’s an international conference designed to chat, engage and examine the emerging netbook market. This year, it’ll be at the swanky Parisian “Cyclone – Le Studio.” But is there really a need for a big event about a tiny computer? We sure think so.

Various research firms predict 50 million netbooks will be sold in 2010. And this isn’t just a consumer trend. Watch for a series of business netbook announcements over the next few weeks.

At Netbook World Summit, the key players will outline their offers, strategies and results:

The conference promises some interesting people, including German blogger Sascha Pallenberg, who up and moved to Taiwan just to be at the center of the netbook world. And the partners? Big names like Lenovo and ASUS are coming, along with a few chip makers like Qualcomm.

The site itself is otherwise sparse with details. There’s a few pictures from last year’s summit, along with an itinerary for this year. Cocktails start at 1800 hours. But other than that, it leaves a reader pondering the actual point to all this. Is it simple just a “MacWorld” of netbooks, so to speak? It certainly has potential to become something great. To continue the analogy, the old and the wise will tell you once upon a time MacWorld was a bunch of developers swapping code.

But overall, I’m pleased netbooks are catching on. The devices prove that a niche item can move into the mainstream and business zones as a useful product. We’re already hearing from a few VARs and MSPs that are exploring Hardware as a Service (HaaS) options with netbooks. And keep your eyes open during CES 2010. Rumors ’round the net say numerous netbook moves will be announced at that event…

In the meantime, we’ll keep tabs on the netbook summit as it progresses.