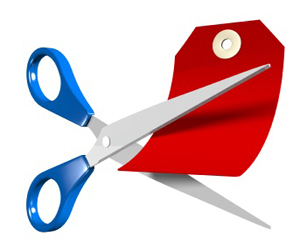 In its ongoing war against Google Apps, Microsoft is mulling comprehensive SaaS (software as a service) price cuts, according to two sources that are familiar with Microsoft's SaaS strategy.

In its ongoing war against Google Apps, Microsoft is mulling comprehensive SaaS (software as a service) price cuts, according to two sources that are familiar with Microsoft’s SaaS strategy. Here’s a look at the situation, and the potential implications for VARs and managed service providers that are trying to figure out whether to partner or compete with Microsoft’s SaaS initiatives.

According to two sources, Microsoft could cut its SaaS pricing for offerings like hosted Exchange and hosted SharePoint as soon as Tuesday, Nov. 3. The alleged move would be in response to heightened competition from Google Apps, which just beat out Microsoft for a major SaaS deal with the City of Los Angeles.

The VAR Guy has voicemail and email into Microsoft seeking comment about the alleged SaaS price cuts. As of 12:40pm eastern on Nov. 2, however, a Microsoft spokeswoman offers the following statement from Microsoft’s SaaS team:

“We are constantly innovating with Microsoft Online Services and upgrading the service with new capabilities every 90 days.  However, we have nothing new to announce at this time.”

Hmmm. Could The VAR Guy be wrong? Are his SaaS sources mistaken to say a price change is coming?

Meanwhile, Microsoft has been building out multiple SaaS initiatives including:

Some MSPs say they can profit from BPOS. And some MSPs are moving customers into Microsoft’s Windows Azure cloud.

But for the most part, it sounds like VARs and MSPs aren’t sure if they can find a comfortable home within Microsoft’s cloud. During the recent N-able Partner Summit (October 14-16, Arizona), which attracted roughly 350 MSPs, most attendees said they doubted they would leverage Microsoft’s SaaS offerings because of tight margins, plus lack of billing and brand control.

Fast forward to the present, and Microsoft may be further squeezing SaaS margins for its VARs and MSPs. “This market could be over before it gets started if Microsoft is already cutting prices,” says one VAR that’s testing BPOS with customers in Austin, Texas.

Time to press the panic button? No need for a riot, folks — especially since Microsoft has yet to comment on the alleged SaaS price cuts. The VAR Guy will be back with more analysis once he hears from the software giant. Microsoft says there’s no pricing news to share as of Nov. 2. Still, The VAR Guy’s sources insist a move is coming. The VAR Guy will keep listening for more clues…