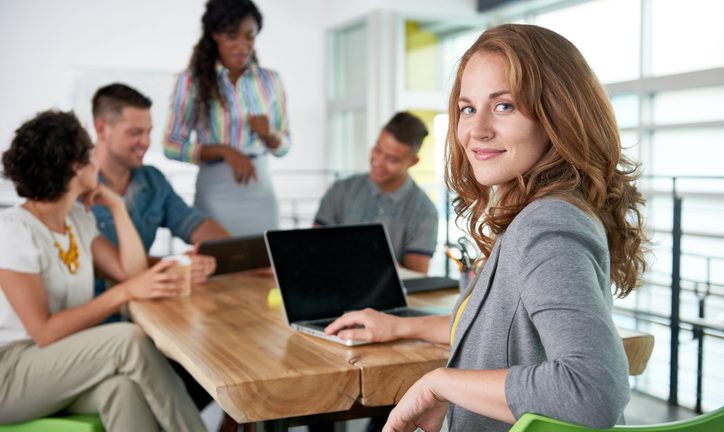 How to Market Cloud Solutions to Gen Xers and Millennials

Millennials comprise the largest worker segment, but they and their Generation X managers have different triggers

In 2015, a demographic shift occurred that was in the pipeline for some time: There now exist more Millennials in the workforce than any other generation. This affects how cloud marketers approach their outbound efforts to begin the customer journey. They must appeal to these Millennial gatekeepers and influencers to get them and their companies into the SaaS buyer journey. Yet most middle and upper management roles remain populated by Gen Xers.

As seen from popular television of 2016 Survivor: Millennials vs Gen X and Great Indoors: Man vs. Millennials, the two generations have captured the competitive imagination if they don’t exist in real competition. Mostly, the triggers that get the two to engage their interest and stimulate response differ, though they also have commonalities. How can cloud marketers negotiate the dissimilarities?

A common refrain goes that Millennials came into the world as the first digital natives with home computers and access to mobile devices at an early stage. For example, almost 50 percent of Millennials access a business website once per day via a smartphone or tablet and just more than one-third have made a decision about where to spend money—or even switched companies—based on the actions they could take via mobile according to research by Zogby Analytics.

“That drive stems from an overarching shift in the working world of extended hours and multiple jobs,” says Stephanie Stupack, marketing manager, Bitmatica, a design and development firm that helps companies build and innovate products. “With 26 percent of Millennials working more than one job, time is of the essence and ability or inclination to wait in line at a bank becomes a less appealing use of limited time when one can snap a picture of a check to deposit it on a phone.”

Others have also seen that Millennials remain more partial to mobile phones and their functionality for text/SMS messaging, instant messaging and social network messaging in the enablement of what’s become known as conversational commerce than other generations. Meanwhile, these other generations (e.g., Generation X) still prefer universal email—or even a direct mailer—over the balkanized world of mobile messaging.

“A multi-channel approach is often needed to deliver the right messages to the right individuals at the right time,” says Ramon Chen, chief marketing officer, Reltio, which provides a data management platform-as-a-service. “Especially when marketing to Generation X and Millennials at the same time. Cloud marketers need to make sure that all customer interactions through all channels company-wide are tracked, measured and combined into a complete, 360-degree view of the customer.”

That means bringing data together from all the traditional tools that communicate with and track interactions with customers, such as CRM, marketing automation, advocacy, support systems and more, according to Chen.

Even as many companies from legacy industries have made the transition to the Digital Age, so have Gen Xers taken their places as the group that started in the analog era receiving junk mail postcards and ended up getting the first spam messages. Weaned on AOL and come of age on Netscape Navigator, Gen Xers can personally chronicle the rise and further rise of next-generation communications.

“Gen X, with one foot in the pre-internet era and one foot in the post-internet period can get their information almost evenly from digital, social and print,” says Rick Sliter, president and CEO, BioClarity, a newly launched biotech company. “A campaign focusing on Gen X may require surprising breadth, but that breadth gives you many channels that overlap with Millennials. The key may not be even the content but how it is presented.”

For example, if marketers remain wary of alienating Millennials with an outbound campaign that might appeal to Gen Xers, try to get them to come to you, according to Sliter. Specifically, cloud marketers can email lead generation materials to Gen Xers and repurpose the same items onto social media for Millennials, redirecting them to the company domain. To do this, use relevant quality content delivered in an easily digestible format quickly served on your site that lets Millennials convert at their own pace, summarizing Sliter.

57 Channels and Nothin’ On?

Millennials, famed for their multi-platform propensities, have forced some cloud business developers to do a rethink of how to go to market. For example, the way social media has proliferated many companies never had a content strategy on many channels such as Snapchat.

“We’ve become very cognizant of the ways that Millennials consume marketing information, and we have adjusted our messaging, remarketing efforts and nurture drips,” says Carlos Perez, chief revenue officer, Wowza Media Systems, provider of video and audio streaming to any device. “Not only providing the information on multiple channels but also driving them for more information across channels. We tell and directly link where—sites, blogs, social networks—and deliver across devices or apps how Millennials want to consume the content.”

As proof, Perez says that Wowza now incorporates content across Facebook, Twitter and YouTube as well as Snapchat where it didn’t even consider them as long ago as 2014. That’s possible because of Millennial receptiveness to messaging variety especially in tech, including use of humor and entertainment value mixed in with marketing information, which older generations—presumably including Generation X—don’t exhibit. Isn’t it ironic, considering Generation X Nirvana’s breakthrough song “Smells Like Teen Spirit” was a nonsensical sendup of a late 80s deodorant commercial campaign?

People are People, Can’t We All Just get Along?

For all the talk of generational differences between Millennials and Gen Xers, as well as Baby Boomers, commonsense says that no one can be rigidly pigeonholed based on their group. Commentators note there is just as much variation within groups as between groups. That being said, approaches exist that marketers should keep in mind not to do that nearly all groups dislike.

For example, static banner ads with dry content don’t have any appeal to Millennials or Gen Xers, according to some marketers. Maybe that’s why four-layer GIFs made a big comeback? In any event, the answer could remain rich content, which strengthens company and product differentiation.

“This is especially true of our customers, who are working in video every day,” says Katie DiMento, head of digital marketing, Wiredrive, a cloud-based digital asset management company. “They need to be compelled by advertising imagery that is striking enough to show them that we legitimately care about quality. The most important thing for us is consistency in our branding and voice, which correlates to the integrity of our product.”

However, while outbound may utilize consistency, inbound differences still occur, such as where Millennials will make comments on ads to solicit follow-up from Wiredrive whereas Gen Xers will use email, according to DiMento. Accessibility through social media and alternative media remains key, she says. Also, Millennials seem to subscribe mostly after a trial offer and Gen Xers may sign up just after a demo, according to DiMento.