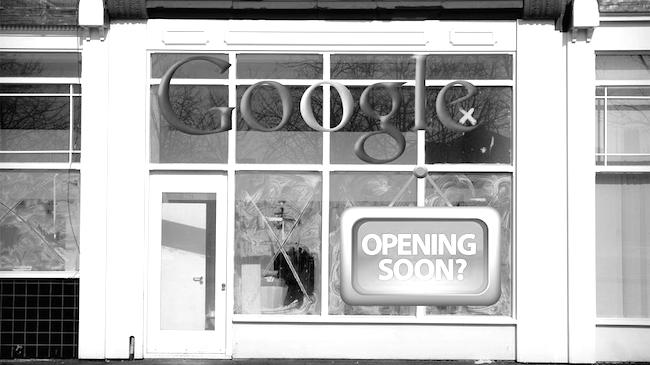 A year after denying any interest in retail, is Google (GOOG) now ready to give brick and mortar a go? According to some New York realtors cited in Crain’s, a New York business website, a lease deal for some prime retail space is imminent.

A year after denying any interest in retail, is Google (GOOG) now ready to give brick and mortar a go? According to some New York realtors cited in Crain’s, a New York business website, a lease deal for some prime retail space is imminent.

Google is said to be ready to lease an 80,000 square-foot space in Manhattan’s SoHo district to open its first retail store in an area that draws high-end shops and shoppers. The 131 Greene Street location is only a short walk from a popular Apple (AAPL) retail store located on Prince Street and is near high-end retailers as Dior Homme, Stella McCartney and Tiffany. According to Faith Hope Consolo, realtor Douglas Elliman’s retail group chairwoman, as quoted in Crain’s, the area is regarded as “the little Madison Avenue of SoHo.”

Google’s arrival on Greene Street could bring hordes of shoppers just as Apple’s arrival did for Prince Street, retail experts cited in the Crain’s story said.

At this point, it’s difficult to say if Google’s SoHo store will be the first of a retail charge by the search giant or merely a single, grand store in a choice location., high

Technically, the store won’t be Google’s first retail jaunt—the vendor operates a number of Chrome store-within-stores at Best Buy locations. And, it experimented with pop-up stores in the last holiday season in a few major metropolitan areas.

A year ago February, Google flat out denied rumors it had blueprinted a series of standalone retail outlets in the United States, with openings targeted for the holiday season in large metropolitan areas. Word at the time was Google execs apparently have bought off on a strategy to use a hands-on approach to gain more consumer customers for its Nexus smartphones and tablets and Chromebooks, and perhaps for its Google Glass project.

But the prospect of thousands, perhaps millions, of customers milling about their stores examining a lineup of wearables may be too much for Google to resist.