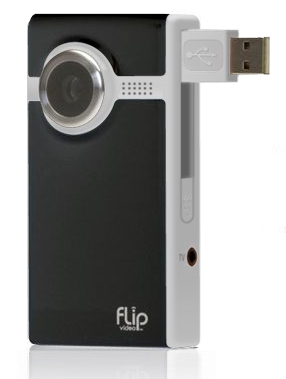 Sure, Cisco Systems' Unified Computing System and new servers will likely take center stage at the Cisco Partner Summit 2009 (June 2-4) in Boston. But The VAR Guy will also be checking out two other major themes. One involves Cisco's rumored interest in a small telepresence company. The other involves Cisco's plans for the Flip video camera (pictured).

Sure, Cisco Systems’ Unified Computing System and new servers will likely take center stage at the Cisco Partner Summit 2009 (June 2-4) in Boston. But The VAR Guy will also be checking out two other major themes. One involves Cisco’s rumored interest in a small telepresence company. The other involves Cisco’s plans for the Flip video camera (pictured).

First up, the telepresence rumor. In recent weeks, two Cisco channel partners told The VAR Guy that Cisco has been taking a close look at Lifesize Communications, which specializes in low-cost, high-definition video conferencing systems.

Lifesize is privately held and doesn’t disclose its full financials. But the company does say its revenues grew more than 150 percent in 2008 vs. 2007.

The two Cisco channel partners both say Cisco has been mulling a Lifesize acquisition. But The VAR Guy must concede: He hasn’t been able to nail down additional info, so this tidbit remains a rumor from two of Cisco’s key parthers — both of whom have extensive expertise around Cisco TelePresence.

A Cisco spokesman says the company does not comment on speculative articles. (The VAR Guy wonders: Could they at least bend the rules for speculative, anonymous bloggers?) The VAR Guy has been trading voicemail with a LifeSize spokeswoman, and will keep poking around on this rumor.

The VAR Guy has been an avid Flip video user for almost two years. And he wonders: Is Flip purely a consumer play for Cisco. Or is there some hidden partner connection here?

Perhaps that’s a stretch. But we’ll see at the Cisco Partner Summit.