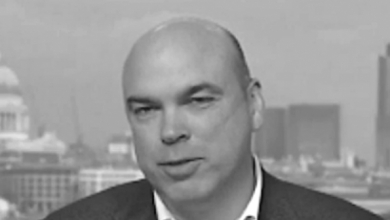 Autonomy founder Mike Lynch’s filed a $150 million lawsuit in British court charging HP with making false about him and other Autonomy top executives.

Think Hewlett-Packard (HPQ) rues the day it plunked down $11.1 billion to buy Autonomy four years ago? Probably more with each passing day.

The series of back and forth accusations and lawsuits between Autonomy founder Mike Lynch and HP escalated on Thursday with Lynch’s $150 million lawsuit filed in British court charging HP with making false and negligent statements about him and other Autonomy top executives.

Lynch’s lawsuit follows HP’s $5.1 billion claim filed in British court last March that he and Autonomy chief financial officer Sushovan Hussain willfully misrepresented the enterprise software company’s financial health to make it appear far heartier than it was, leading to an overvaluation of billions and an wildly inflated purchase price to HP.

One year after buying Autonomy, a purchase almost immediately derided by observers, HP took an $8.8 billion write-off owing to the acquisition. At the time, HP said the majority of the impairment charge was “linked to serious accounting improprieties, disclosure failures and outright misrepresentations…”

In the wake of HP’s lawsuit, Lynch flatly denied any culpability, said Autonomy’s books had been fully vetted by external auditors and claimed HP chief executive Meg Whitman was looking for others to blame for the maligned purchase.

In addition, Lynch indicated he planned to sue HP for “loss and damage caused by false and negligent statements” for as much as $150 million, which he subsequently followed through on today.

“By taking these steps, we can take control of the process,” Lynch told the New York Times. “We want to get Meg Whitman in court.”

HP responded to Lynch’s lawsuit by calling it a “laughable and desperate attempt to divert attention from the $5 billion lawsuit HP has filed.”

The company said in a statement that it “anxiously looks forward to the day Mr. Lynch and Mr. Hussain will be forced to answer for their actions in court.”

Lynch’s lawsuit against HP comes only a few days after revelations that Ray Lane, HP’s board chairman at the time of the Autonomy purchase, objected to the acquisition in some late-game maneuvering and tried to get then-chief executive Leo Apotheker to scuttle the deal.