An Unusual Incentive to Increase Sales

Make sure sales staff have skin in the game to increase engagement and ROI. 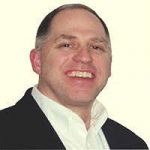 The managed service provider world shrinks significantly when you encounter it on the conference circuit. I encounter the same industry leaders all over the country every year, regardless of which city I’m visiting. Because I see so many of the same faces, most of them know we provide appointment setting services for MSPs.

Though they know about the services, not all of them partner with us right away. One industry leader I see every year has given me the same reason each time we run into each other: His salespeople often drop the ball on first-time prospect meetings because they don’t have enough skin in the game.

The problem is in their mindset. They receive a stack of high-quality leads and get to work, slogging through name after name, hoping for a sale. Even the most enthusiastic sales pros have trouble keeping their energy levels high after so many calls, and it shows. Hot leads soon cool into bored prospects. For the sales team, this isn’t the end of the world. You’ll provide them with another stack of leads soon enough.

We see this same trend in appointment setting as well. Our clients need to use our services the way they’re designed to get the most value from them. If a prospect’s sales team isn’t enthusiastic, we’ll turn them away early on in our conversations because we know the program is destined to fail.

When the sales pros aren’t personally invested in gathering leads or appointment setting services, they treat the leads with less respect. If they didn’t have to pay for the program, it’s easier to cancel meetings at the last minute or leave a stack of leads tucked away on a computer file. When they have money on the table, however, they grow more engaged

Because engagement is one of the biggest factors in the success of a program, we always push back when an MSP wants to cover the entire cost of appointment-setting services for their team. For the greatest success, we believe the sales team should pay at least part of the contract. Though it may seem unorthodox, the ROI will ultimately be greater for everyone involved if each member of the team is personally invested.

Some approaches you can take to introduce the all-hands-in strategy: