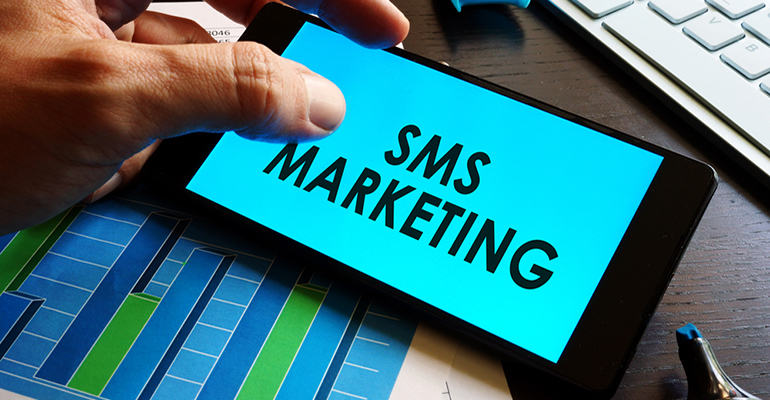 More and more companies are using SMS to stay in touch with their customers, prospects and staff. Here's how to use this channel effectively

Although it’s over 25 years old and remarkably simple compared with other messaging apps, SMS remains extremely effective for marketing. Part of the reason is ubiquity: All mobile phones are able to send and receive texts; it’s the only universal mobile messaging tool. No other channel has the reach. Then there’s open rate. Research company Mobilesquared says over 90 percent of text messages are read within three minutes. Response rates to SMS marketing can be as high as 30 percent, whereas email open rates languish below 5 percent.

With such potential, how can you get the most out of SMS?

1. Use an attention grabber: Start your text message with a bang. In the first few characters, you need to arouse the reader’s curiosity and compel them to read on.

I recently received a marketing text from Photobox, one of the dozens of online photo printing services. It was one of the best SMS marketing texts I’ve ever received and had a very simple and powerful attention-grabbing opener: “50% off everything.” There’s nothing too clever here, just an easily understood message telling me clearly and bluntly that there’s an incredible offer available.

2. Include a deadline: The objective of your SMS pitch is to encourage your prospects to act immediately. The longer the delay, the less chance of a response. Don’t forget that your text is competing with everything else that life throws at us, so you need to create a sense of urgency.

A simple tactic that can dramatically reduce customer distraction is to use a deadline in your offer. The same text that I received from Photobox used a deadline to great effect: “Ends at midnight.” It’s very compelling and is a particularly effective tactic online where offers can easily be switched off after the deadline.

3. Personalise your text: Research always shows that if you personalize your marketing, you achieve a higher response, especially among the Millennials and Gen Zers making more tech buying decisions.

By including your customers’ first name in the text, you’re demonstrating that you know who they are and that you’re speaking with them as individuals. A word of warning though: Call people by the wrong names and you’ll get no response or run the risk of being held up as an example of how not to do SMS marketing. Make sure you do thorough testing before your campaign is sent.

4. Include a simple call to action: Make it as easy as possible for your customers to respond. Whatever it is that you’re asking your customers to do, it needs to be crystal clear and very simple. Most promotional texts will include one of the following.

Again, test your call to action so you can be certain that it works before the campaign goes live.

5. Avoid text speak: With only 160 characters to get your message across, it’s very tempting to use text speak to help cram in more information. It’s almost always a mistake. For some people, it comes across as unprofessional and overfamiliar to abbreviate, even if some text speak conventions have become the norm. Remember that your audience is diverse, and it’s wiser not to do anything that might antagonize.

Text speak is also potentially confusing, with some abbreviations not being immediately obvious. The last thing you want is for anything in your text to be unclear.

6. Segment your audience: Targeting and customer segmentation have long been the bedrocks of any direct marketing campaign. What’s often ignored though is that with SMS, you can segment your customers into far smaller and more precise categories — meaning a more personalized and responsive message. SMS has a distinct advantage over most other direct marketing channels in that there is no additional cost to create multiple versions of the same offer.

Don’t send everyone in your database the same message. Investigate the data that you hold and send offers that are closely targeted to individual segments.

7. Use a URL shortener for your weblinks: With just 160 characters to play with, every one of them counts. An easy and obvious way of maximizing the number of characters you have available is to shorten the website address using one of the many URL shorteners. There’s plenty of choice, and they’re all free. Three of the most popular ones are TinyURL, Ow.ly and Bitly

8. Don’t send too frequently: SMS fatigue is one of the most common reasons people don’t respond to SMS marketing campaigns. There is nothing more annoying than when a company keeps sending you roughly the same offer again and again. You won’t win any friends or generate more response simply by bombarding customers and prospects with a stream of texts. In fact, sending too frequently is almost guaranteed to annoy your customers and have them unsubscribing in droves.

Between October and January last year, I received a ridiculous 23 almost identical texts from my mobile phone carrier. What’s worse is that there was no unsubscribe option on the texts, meaning I had to endure the tsunami of texts with no way of stopping them. Don’t be that company.

9. Don’t just sell, be useful: If every text that you send is just trying to sell, your customers and prospects will soon become bored and are likely to unsubscribe. Mix up your sales texts with other useful information, such a warning about new phishing scams or advice for their own sales efforts.

In my experience, SMS marketing is still as responsive as it was when it started in the late ’90s. But use it with the respect it deserves: No other marketing channel can claim SMS’s high response rates — but get it wrong and there’s no faster way to lose hard-won customer loyalty.