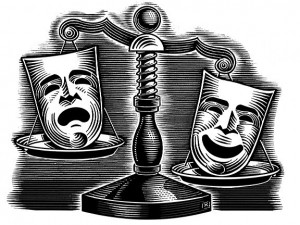 4 Reasons I Worry About the Managed Services Market…

As the Kaseya Connect User Conference wraps up in Las Vegas, I'm busy digesting a range of news and chatter from dozens of managed services providers (MSPs) and technology companies. Based on everything I'm hearing, there are four reasons I worry about the managed services market (and four reasons I think this market is here to stay and poised for more growth). Here's both sides of the story.

As the Kaseya Connect User Conference wraps up in Las Vegas, I’m busy digesting a range of news and chatter from dozens of managed services providers (MSPs) and technology companies. Based on everything I’m hearing, there are four reasons I worry about the managed services market (and four reasons I think this market is here to stay and poised for more growth). Here’s both sides of the story.

First, let’s set the stage: As editorial director of MSPmentor, I have a vested interest in the ongoing success of the MSP market. And I see the market continuing to grow. But the market faces at least four prime challenges.

1. Shelfware: On the one hand, companies like Kaseya are successful. During his keynote this week, CEO Gerald Blackie hinted that Kaseya is nearing the $100 million revenue mark. But on the other hand, I heard from multiple MSPs at the conference who purchased 1,000 or more Kaseya licenses multiple years ago and many of those MSPs are using 600 or fewer of the licenses.

Blackie and I have talked about the alleged shelfware problem (unused software licenses) previously. He politely downplays the issue and always answers my questions. But I’ve got this nagging feeling that Kaseya and some other software companies are dealing with shelfware. And that means MSPs themselves are sitting on licenses they haven’t been able to sell.

I attend plenty of conferences, and those three questions always seem to pop up during panel discussions — even if the panel isn’t covering those three questions. My big concern involves this point: If a VAR was never really good at driving sales, why should we expect that VAR to become a successful sales-driven MSP?

3. Lack of a Middle Class: I hear from some extremely successful MSPs all the time. But it seems like the most successful MSPs (about 500 to 1,000 of them in North America) are pulling away from the pack. And at the low-end of the market, I hear from SaaS providers that continue to empower one-man shops that are happy to build lifestyle businesses that generate $100,000 in revenue annually.

I’m not knocking lifestyle businesses. But all MSPs are not created equally. I sense that the top MSPs are going from good to great, and I wonder how many of the lower-end MSPs will go from fair to good…

4. Fear, Uncertainty and Doubt (FUD): Some pundits say VARs are dead if they don’t move to managed services. I beg to differ. Managed services is a great market but that doesn’t mean it’s for everyone.

A prime example: HPM Networks, a Hewlett-Packard solutions provider, expects its annual revenues to hit about $200 million this year, up from about $93 million last year. None of those revenues will come from managed services. For a dead “VAR,” HPM Networks CEO Romi Randhawa sounds pretty darn healthy to me.

Now for the Good News

As former Intel CEO Andy Grove often said, “Only the paranoid survive.” I certainly fit into that category. So perhaps my four concerns written above are overstated. Plus, there are plenty of signs that the managed services industry continues to thrive and grow.

Here are four such examples:

1. Global Trend: During the Kaseya Connect User Conference, I sat down with successful MSPs from South Africa and Europe. And other conferences certainly attract successful MSPs from Australia and other regions far removed from North America. More examples of global success are likely coming. A prime example: I hear Kaseya’s web site for China just went live, and a managed services push in Asia is set to accelerate.

But here’s the interesting twist: Multiple MSP sources tell me G1 is Kaseya’s value-based response to Labtech Software‘s RMM offering; Labtech is funded by ConnectWise Capital and seems to be waging a customer acquisition war against Kaseya.

More competition means more choice and better pricing for MSPs. And I haven’t even mentioned the SaaS price wars that are starting as well.

3. Big Moves: Sleeping giants are finally waking up to the managed services opportunity. We’ll share a prime example involving Hewlett-Packard within the next few hours. Plus, companies like Cisco Systems, Intel and Lenovo have been particularly active assisting MSPs over the past six to 18 months or so.

4. True Believers: If you look and listen hard enough, you can find trustworthy coaches, educational organizations and associations that are assisting MSPs with their business, financial, marketing and sales strategies. But it isn’t easy to find those pundits since there are so many pretenders in the market.

Do your homework. Ask for references. Hang out with the people who are smarter and more successful than you. Pick their brains. The results will be startling.